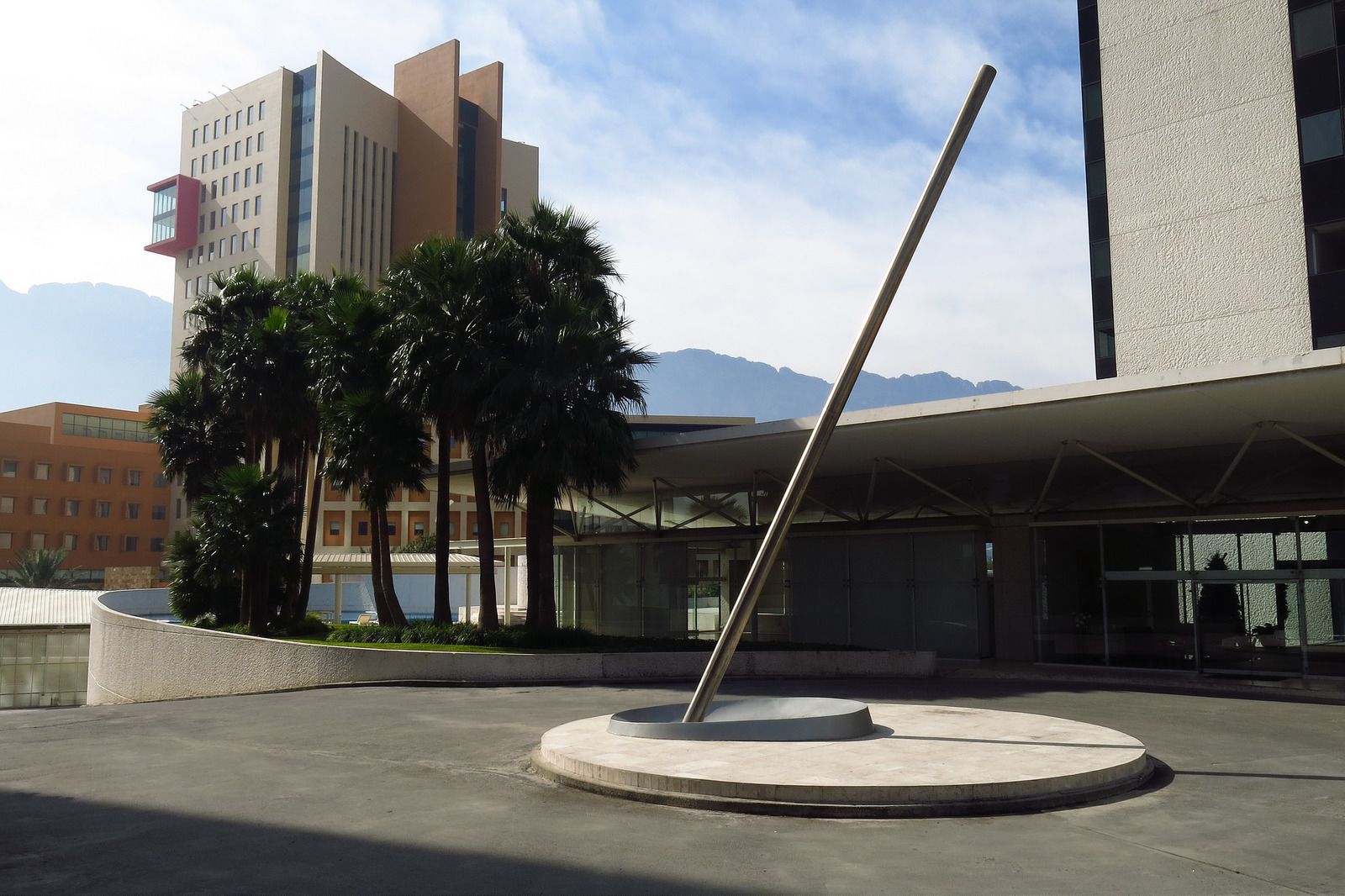 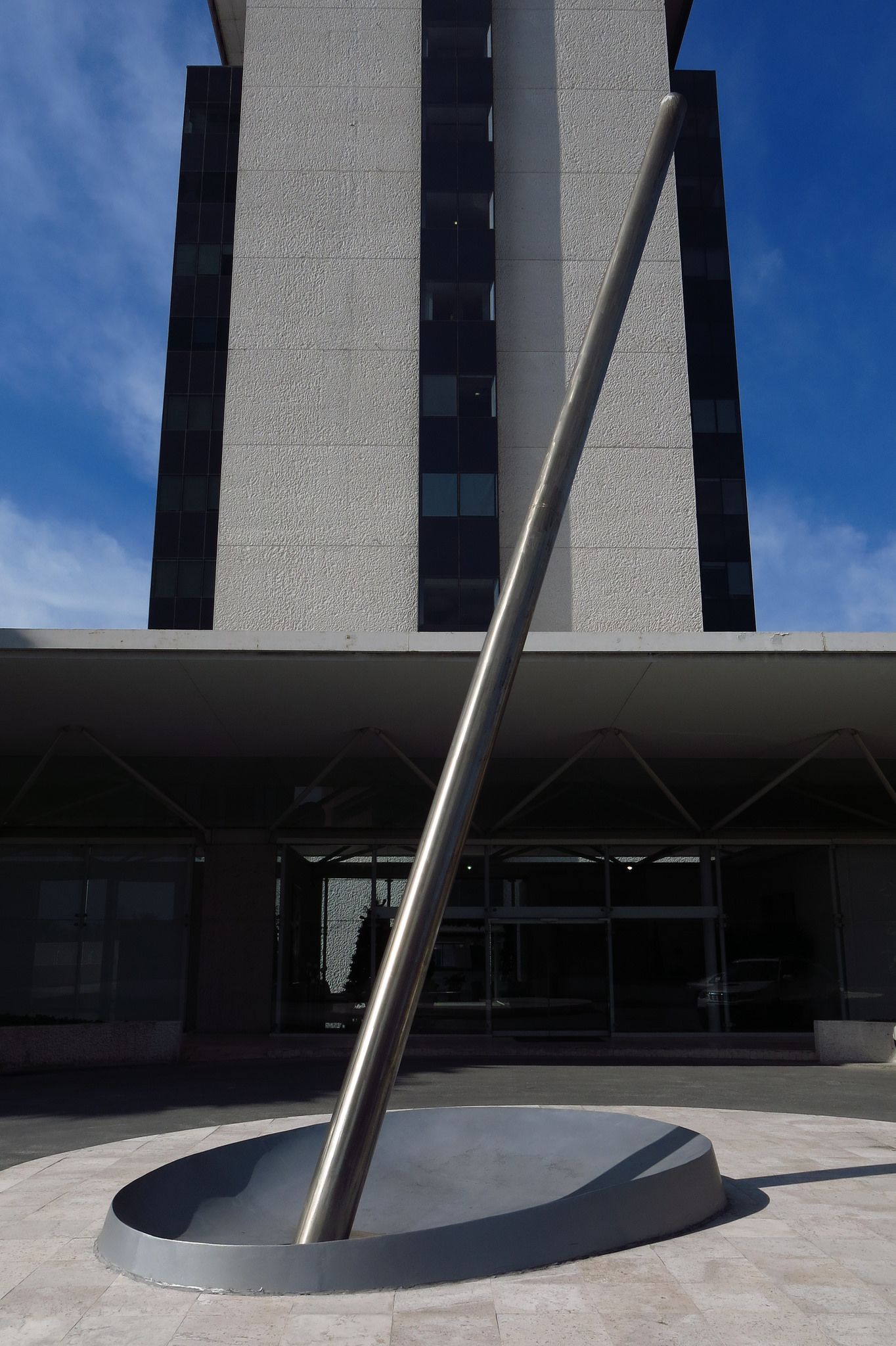 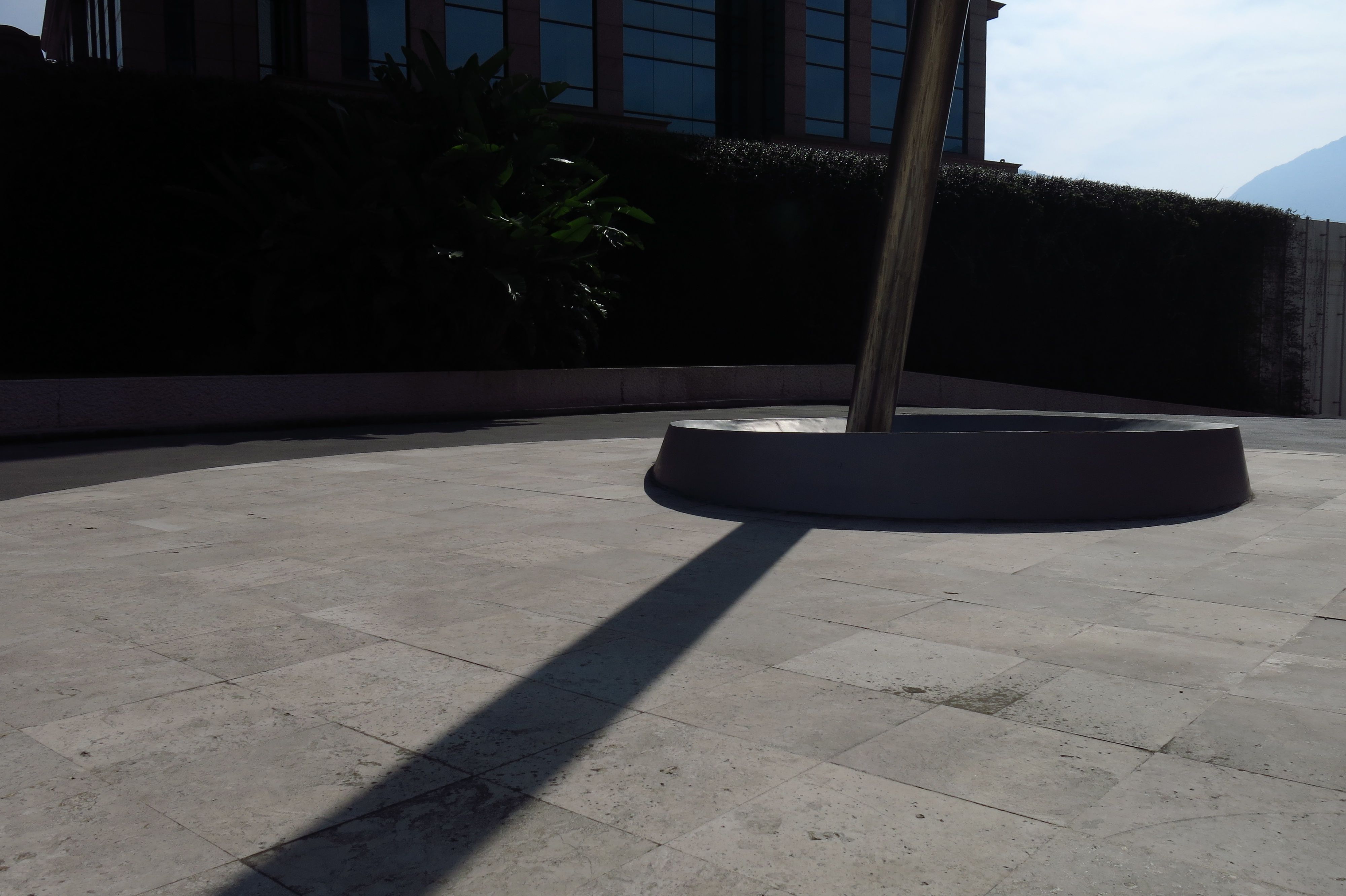 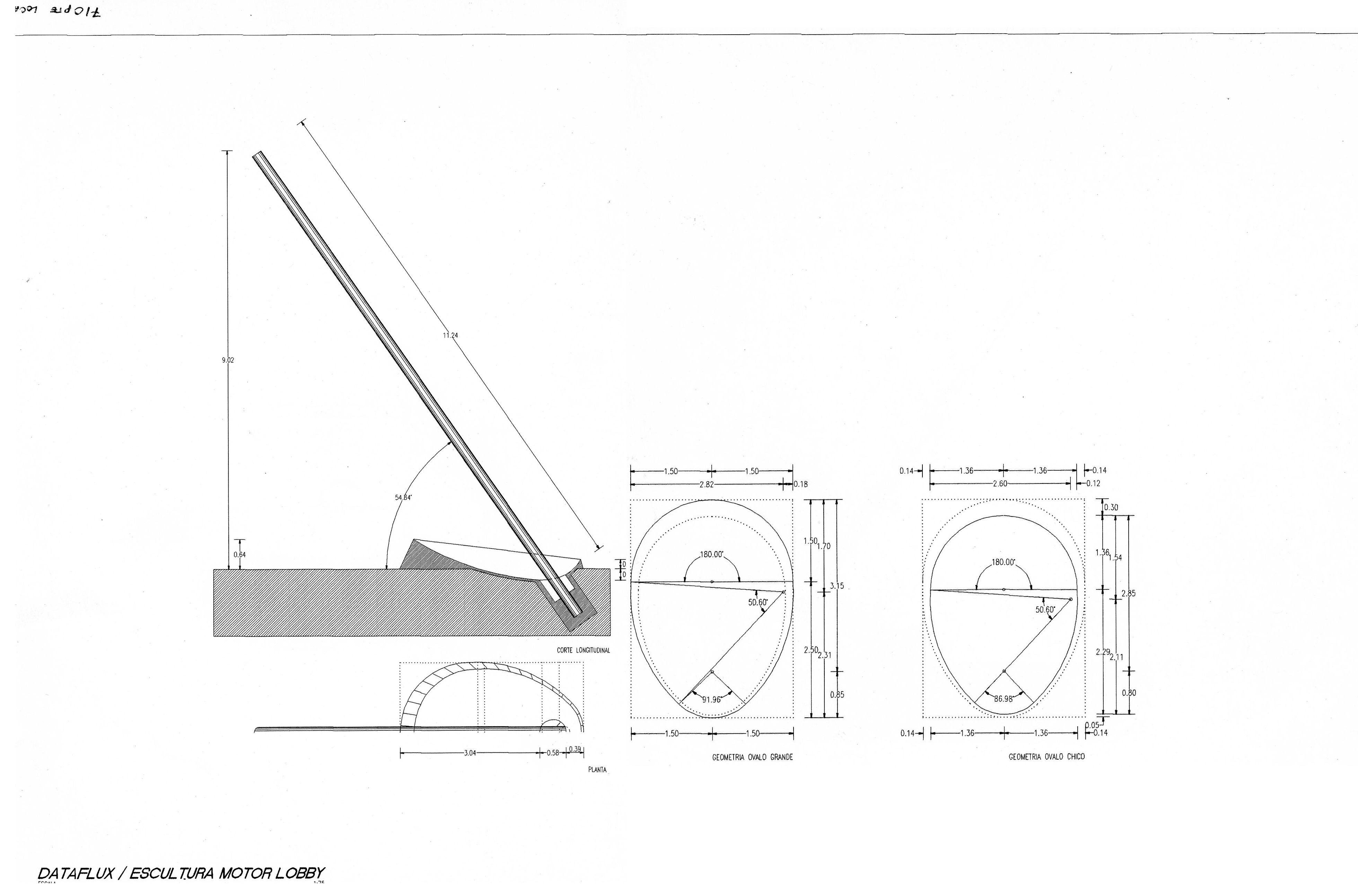 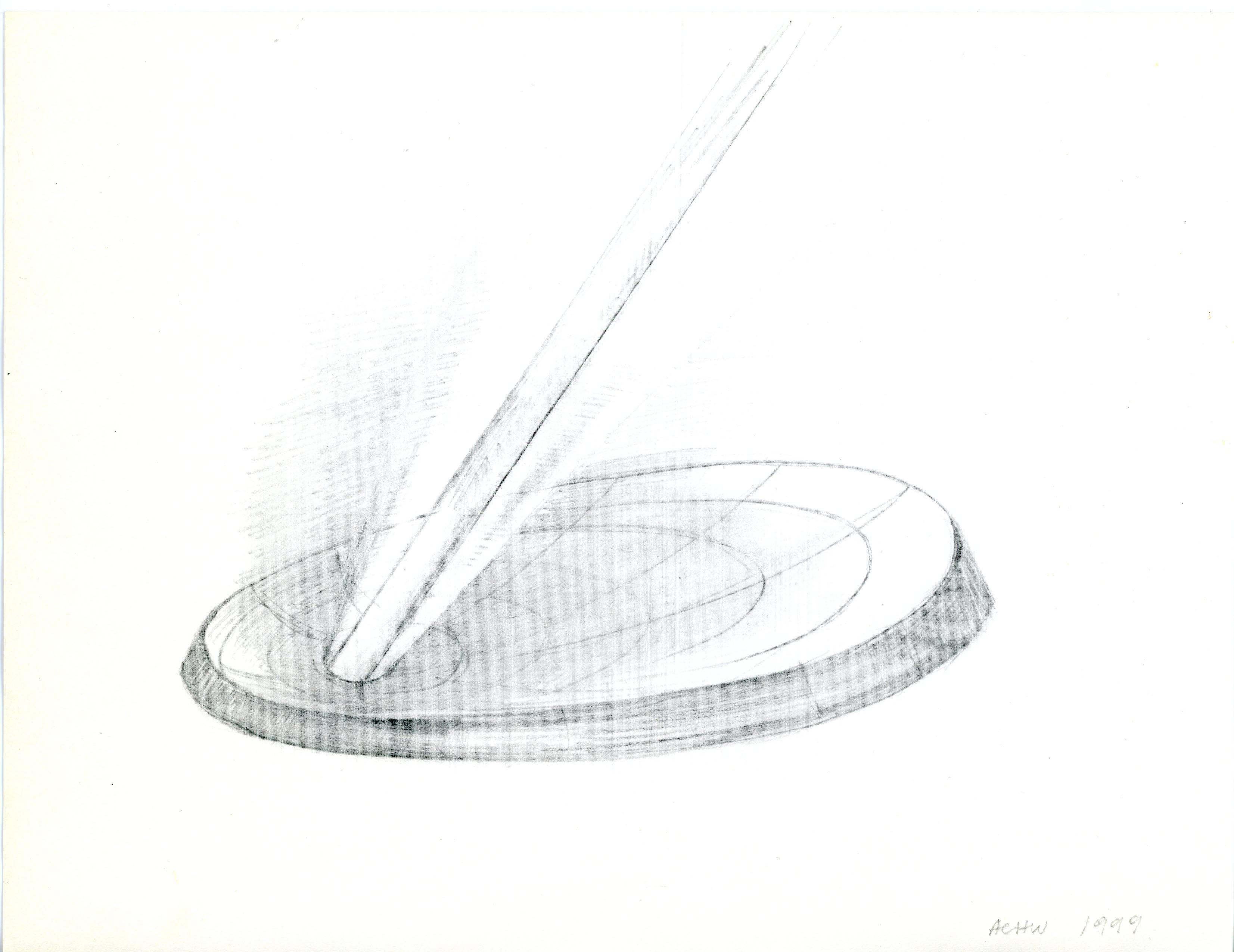 “Alberto de la Garza Evia was finishing the Dataflux tower, a project by the great architect Agustín Landa. Alberto invited me to develop ideas for the sculpture that would be located at the building’s motor lobby. When I went to present the project, Agustín was instantly psyched. He helped me generate the layout and the whole engineering of the piece. The artwork consists of a fourteen meter long stainless steel pipe which stuck out at an angle from a concave structure which had moving water and lighting. The result was a diagonal that broke the verticality of the place (back then the two highest towers in Monterrey were located right there). This time I made some money.”

“Back in the day, I was already obsessed with the possibility of growing in format and taking to the streets, with the idea of dedicating all of my energy to my pieces ending up decorating the homes of collectors or parvenues. I was burning myself out, so I turned to look out for a public sculpture project. This is how the architect Pedro Valenzuela came into the picture. He was finishing a building on the street Ricardo Margain Zozaya. We agreed quite easily. My proposal was a steel sculpture composed of five parts, all arranged to represent the trajectory of a ball or a certain object when bouncing. The title was Bounce. The piece represented no income for me, all the money went to its production, executed  by Rogelio Cisneros and Ezi, who were infinitely patient with me, for I didn’t have the slightest idea how to make layouts or models for such a project. They interpreted my drawings and doodles on a sheet of paper. When the moment came to choose the color, I had no say in the matter. They decided it would be red and that’s what it looks like today.”