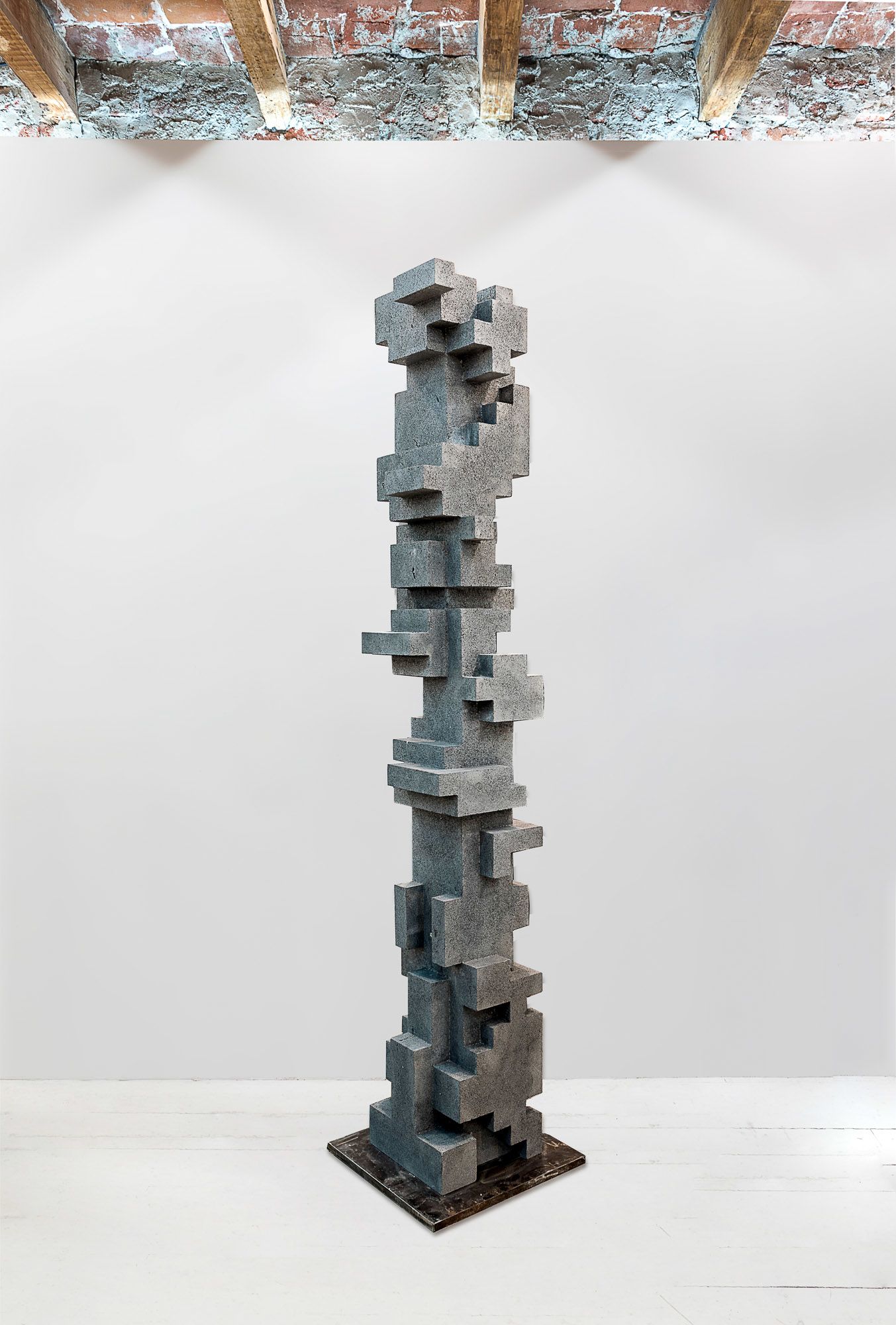 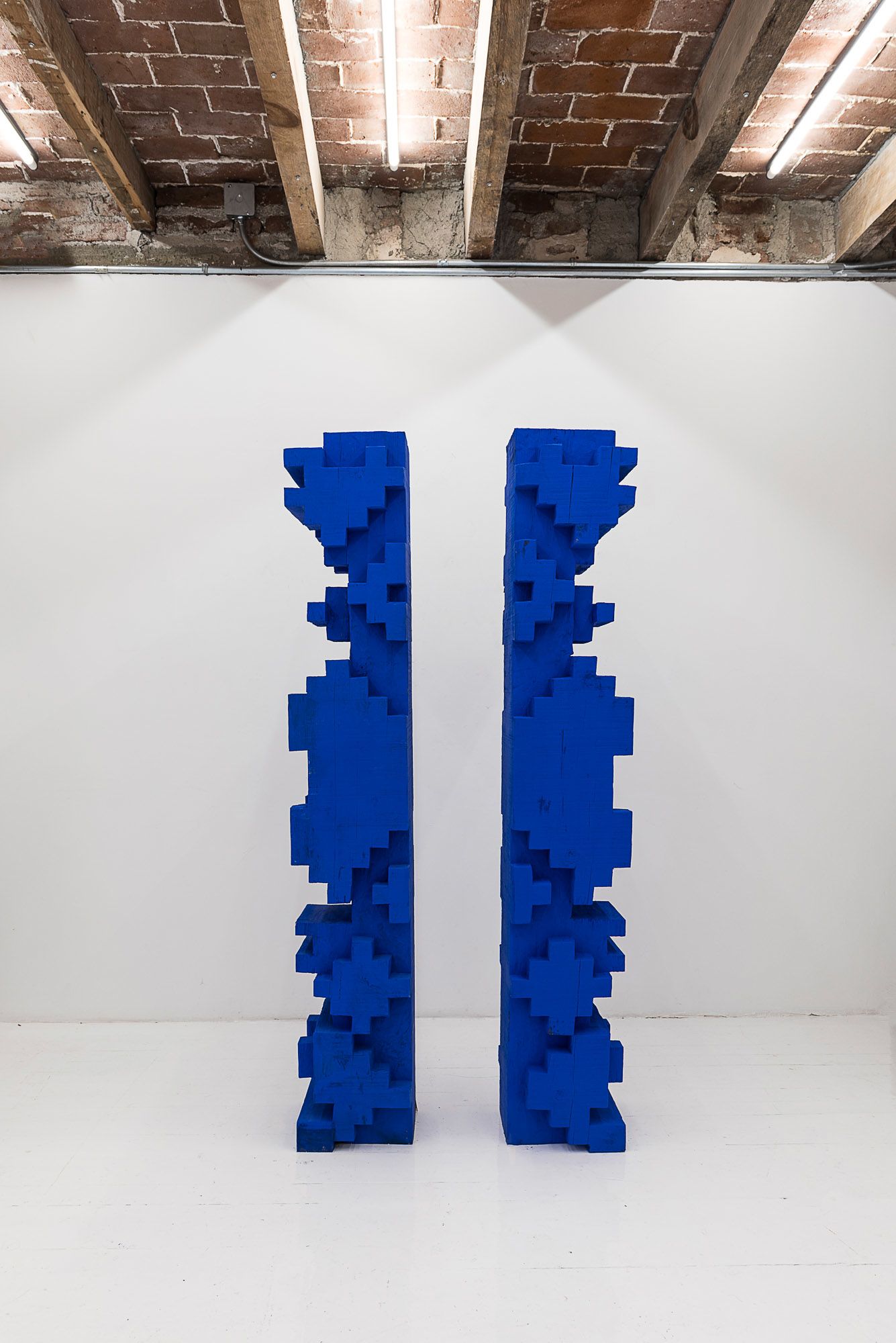 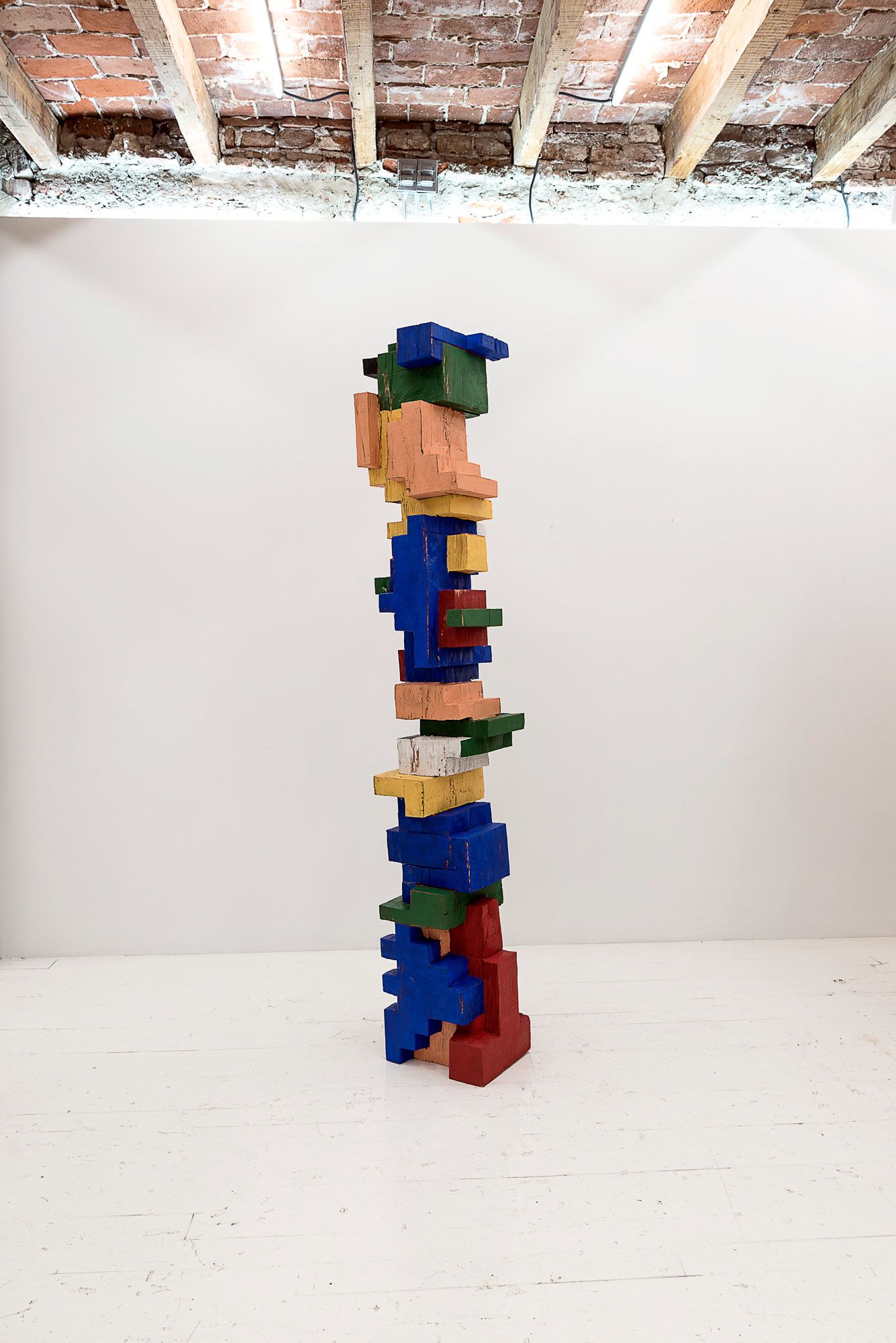 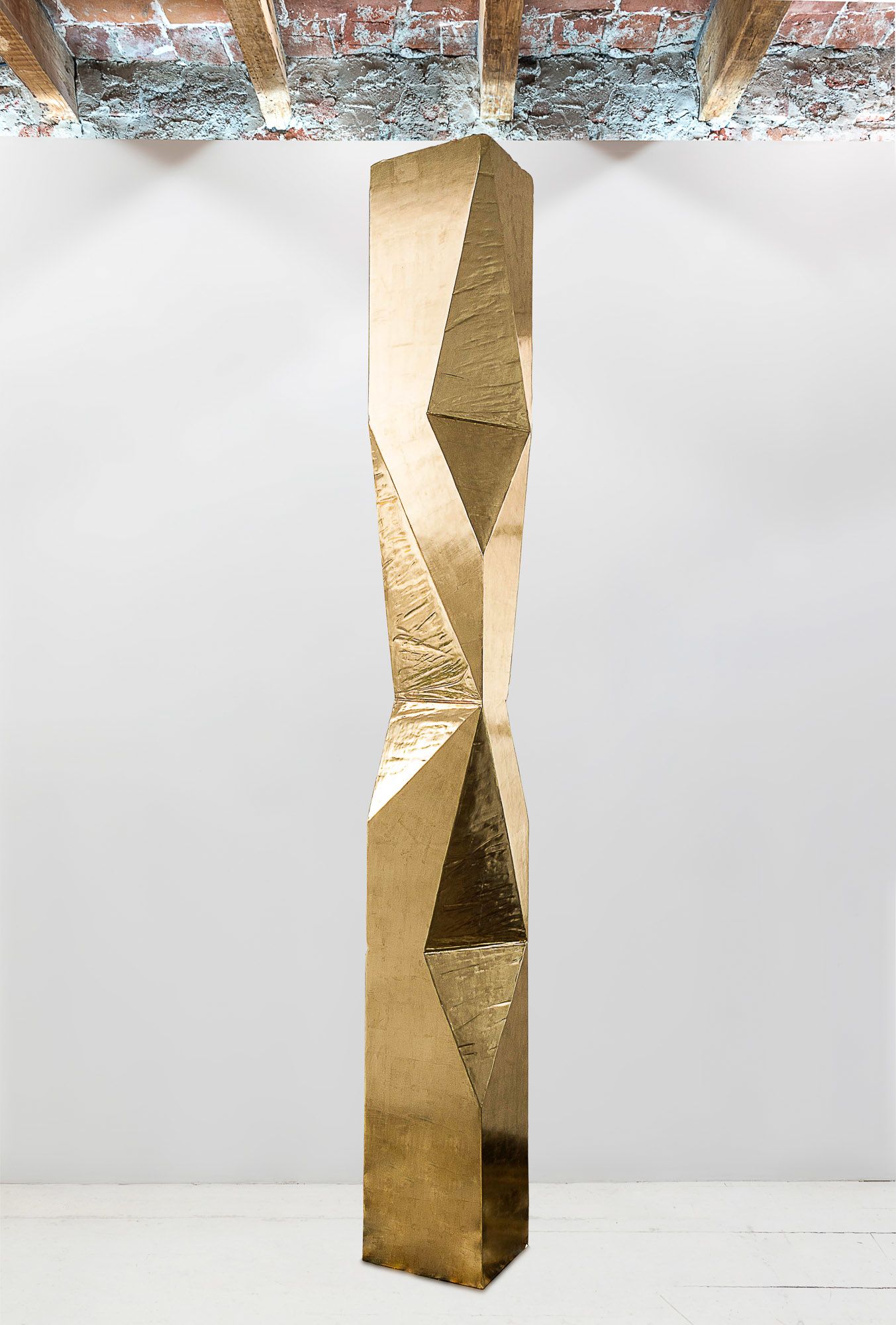 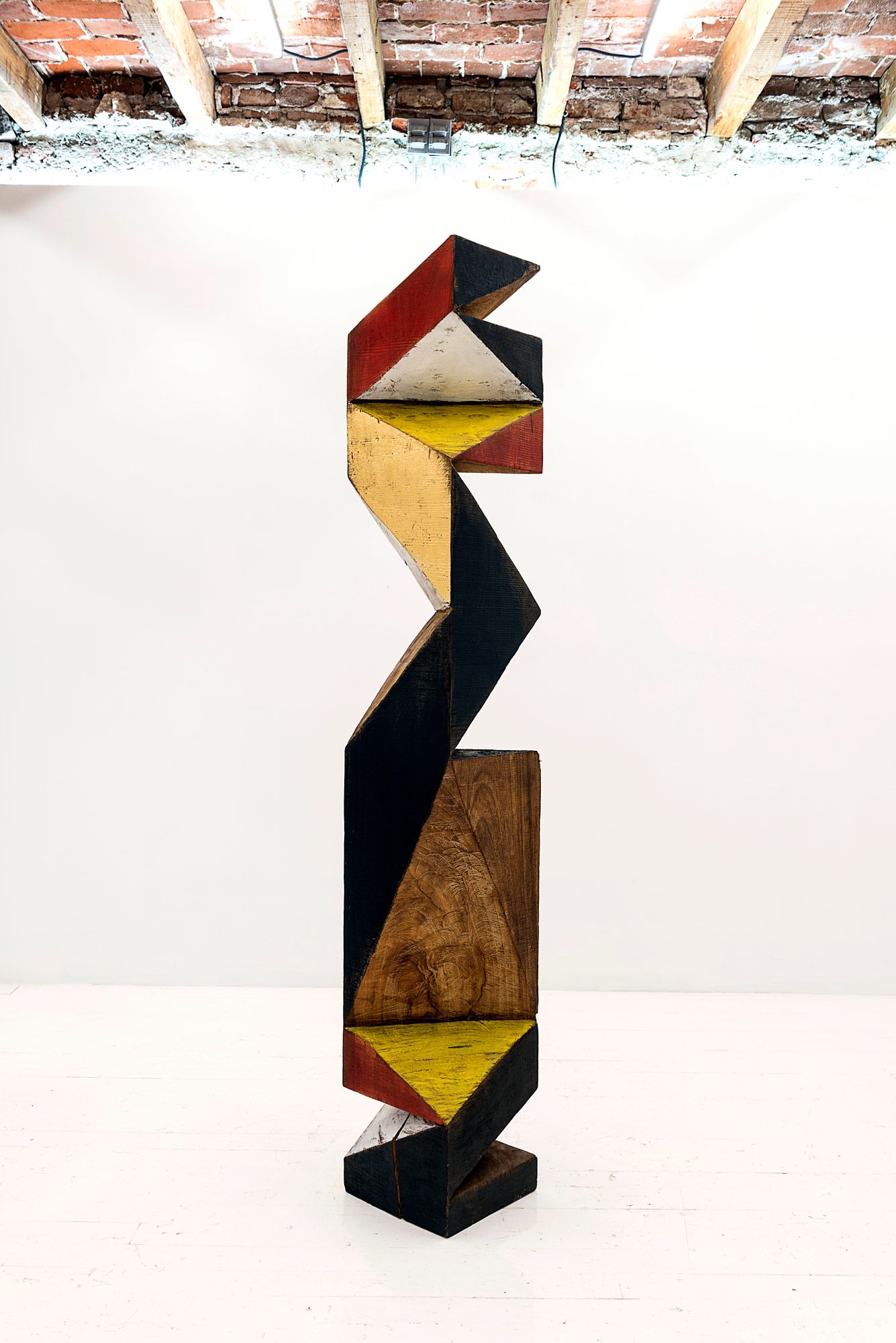 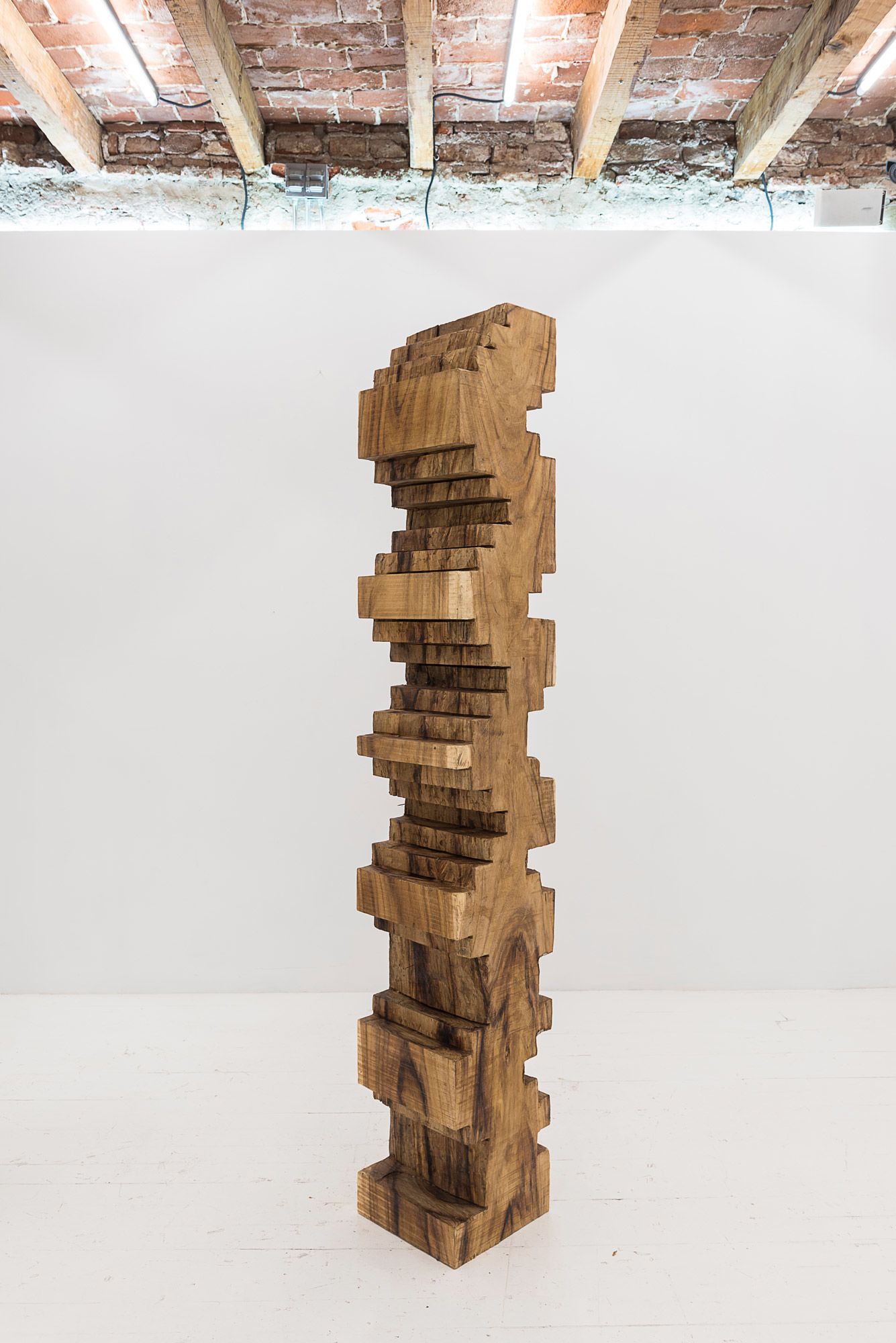 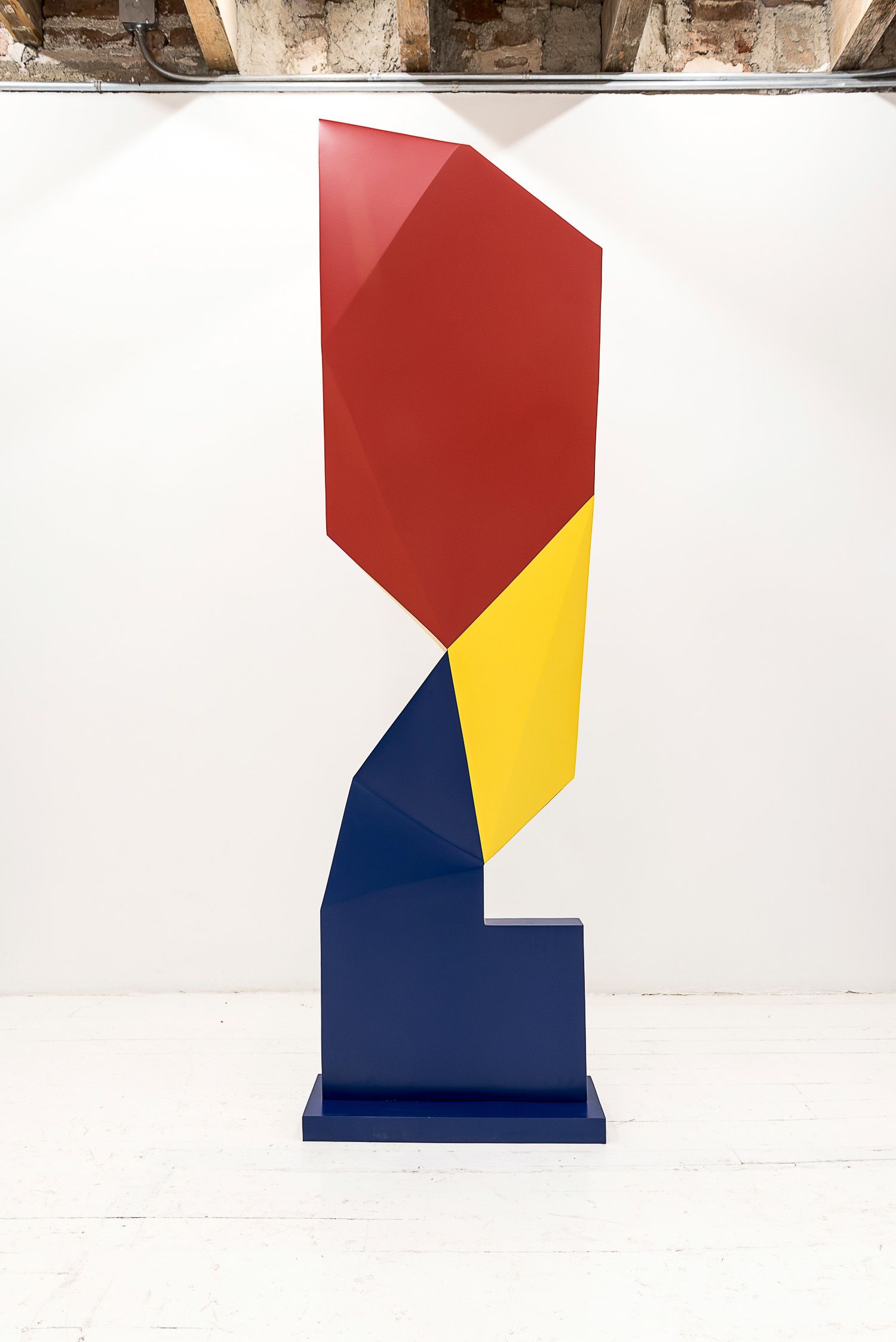 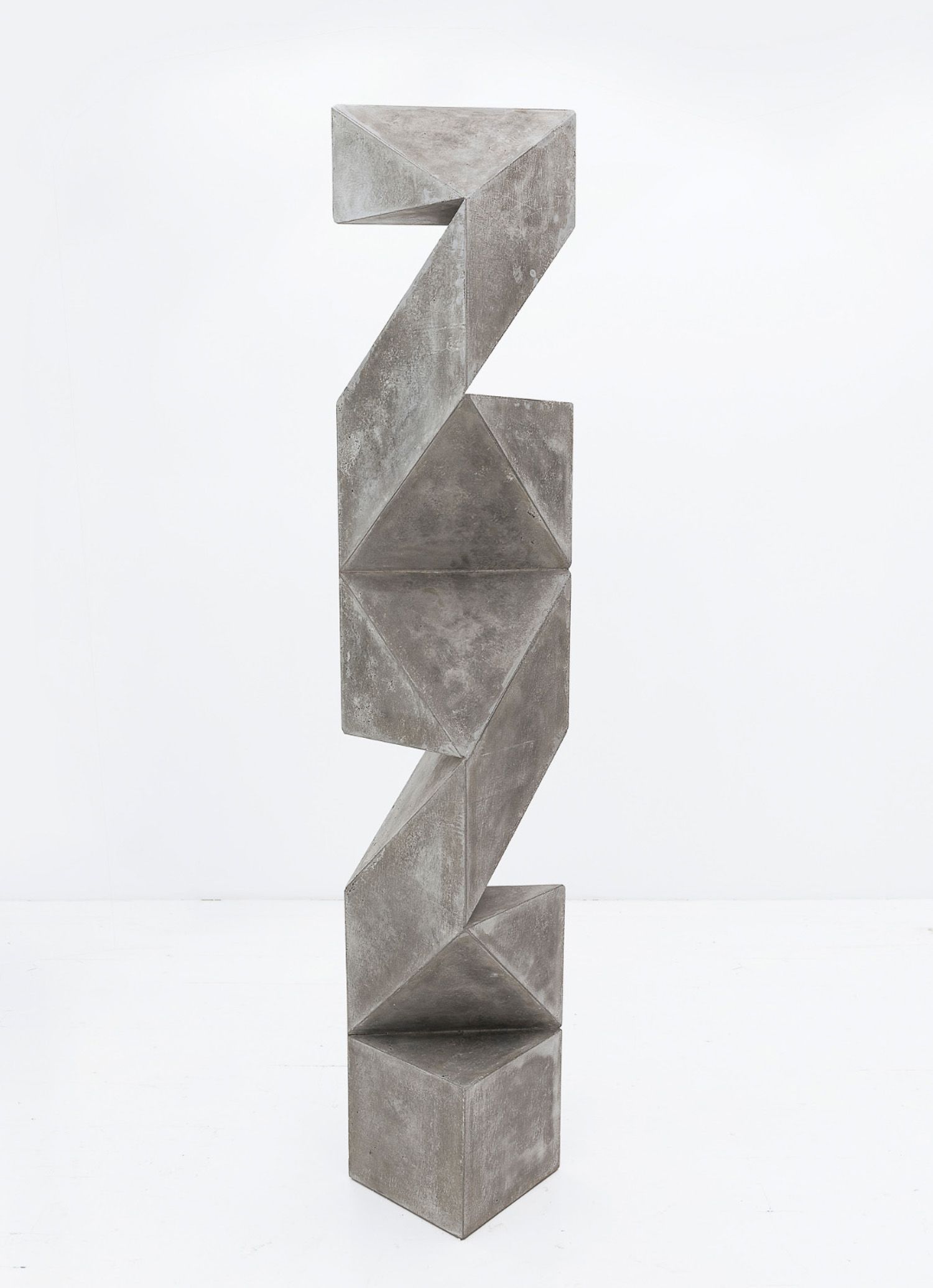 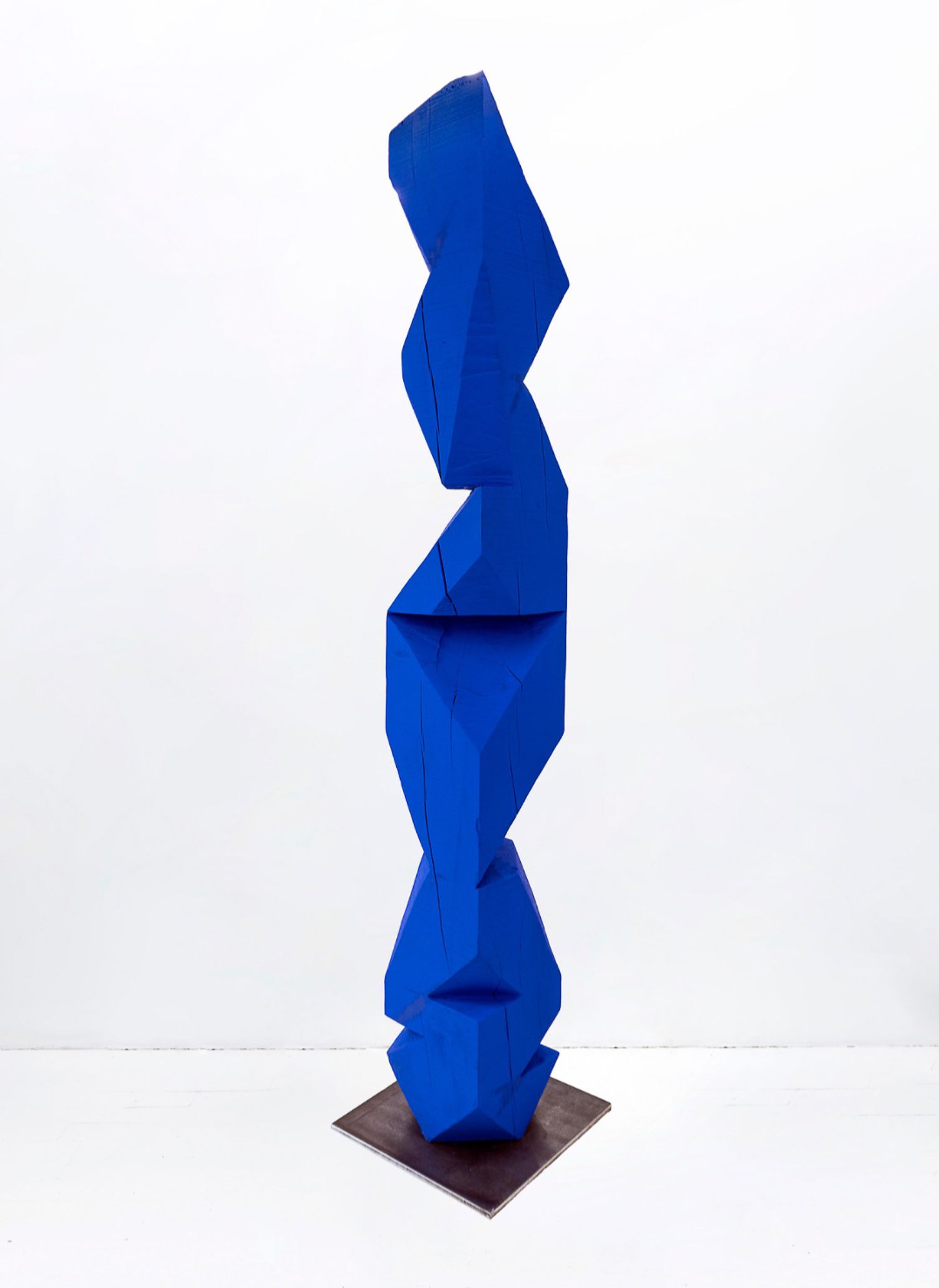 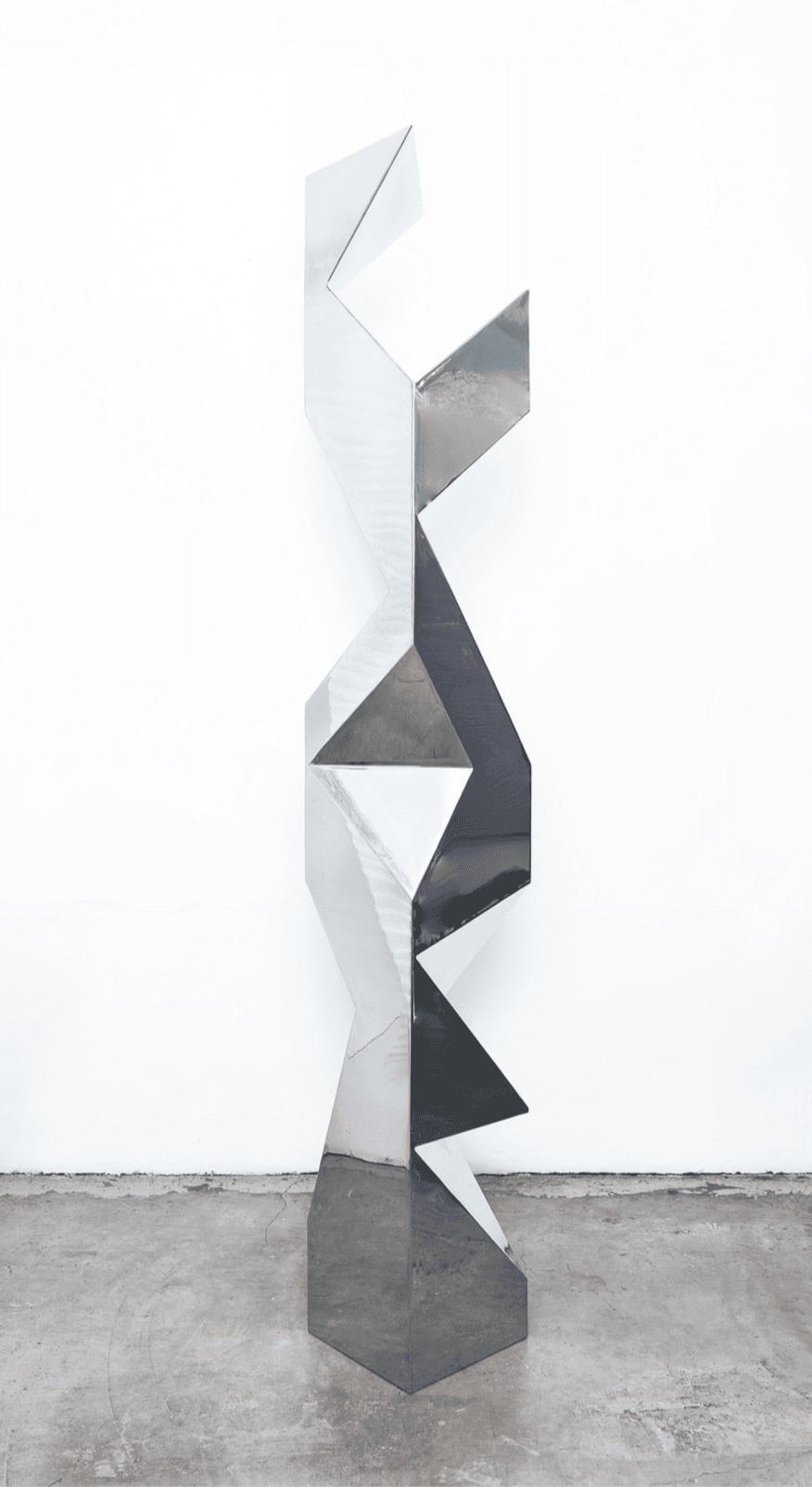 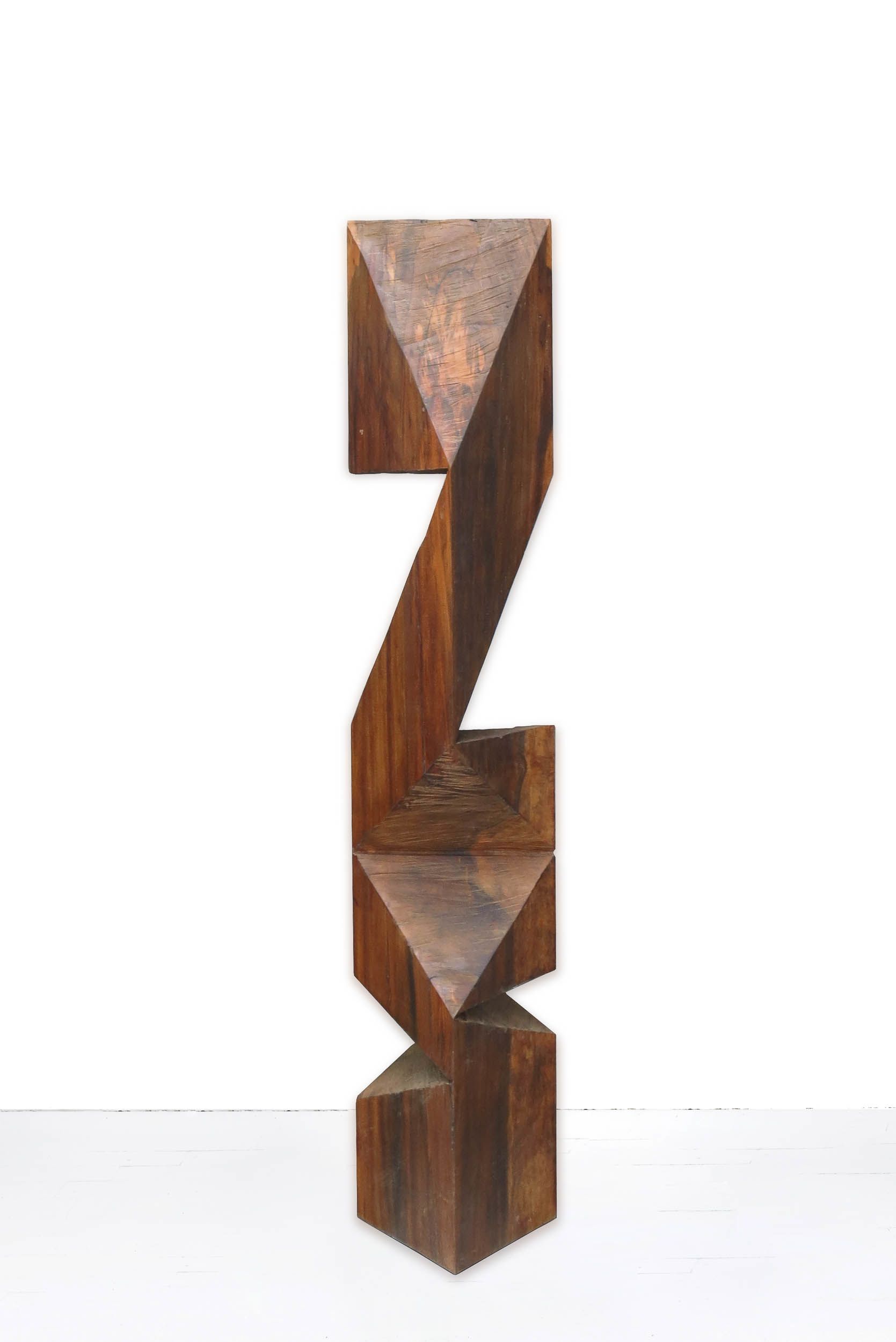 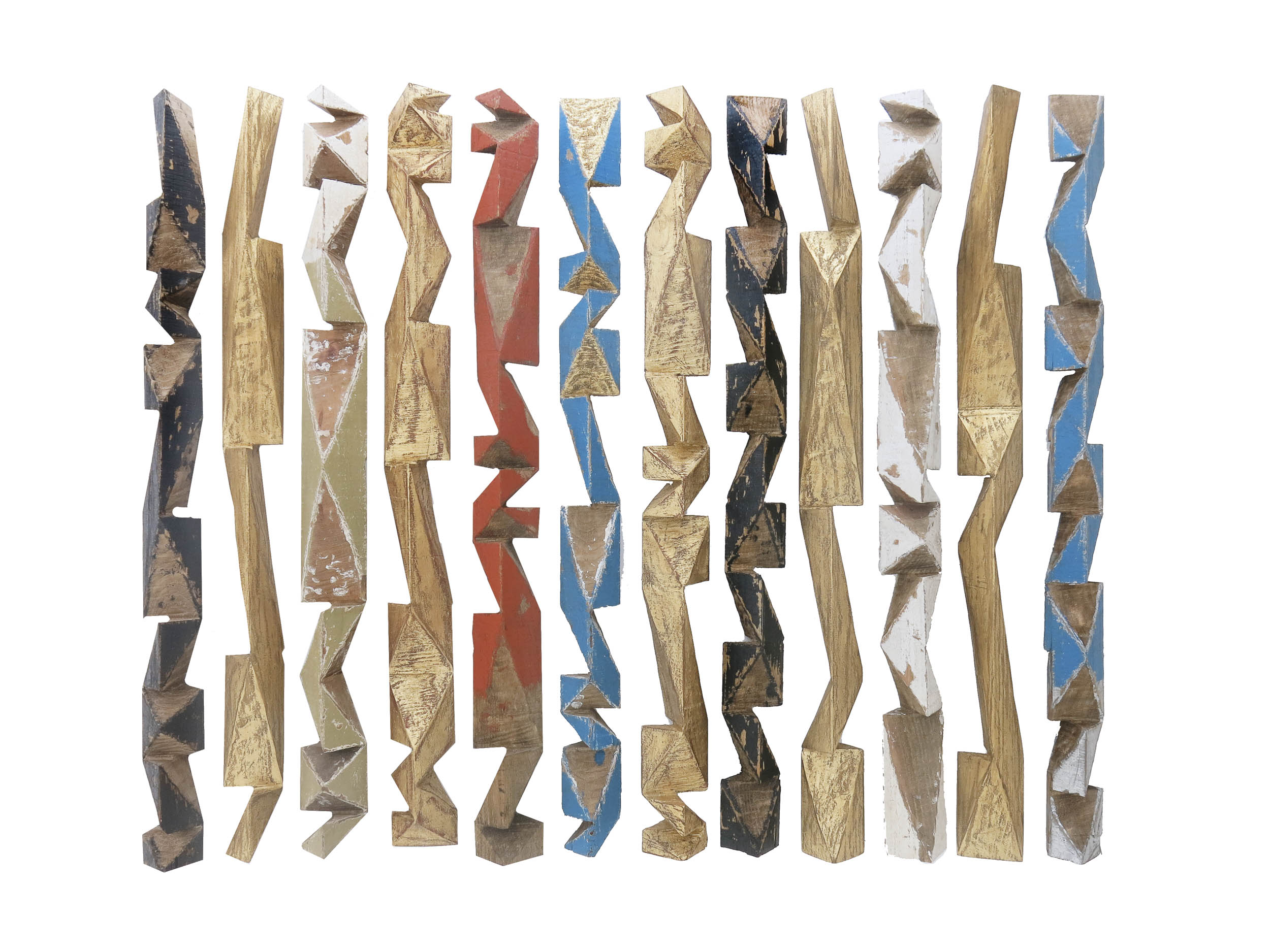 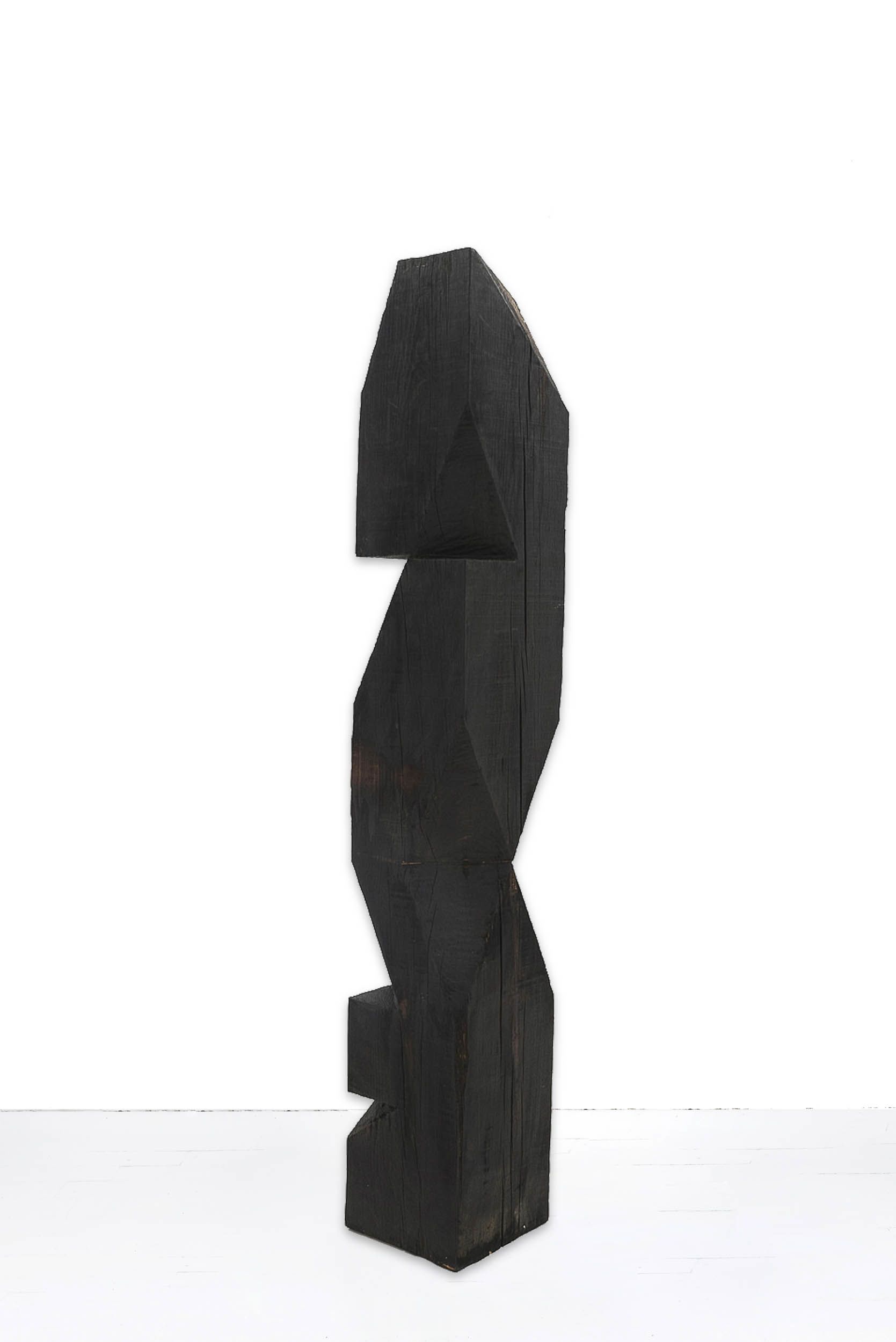 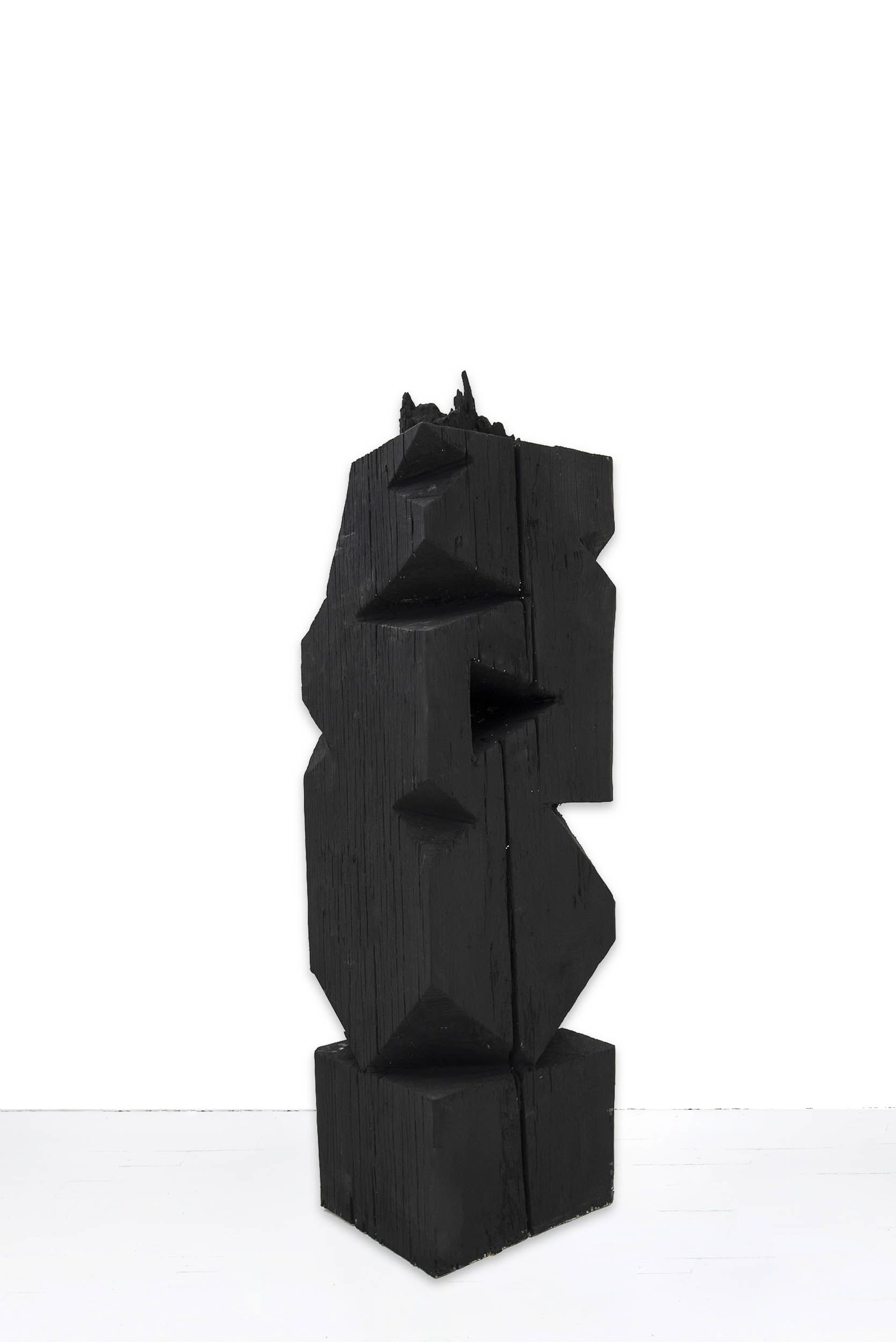 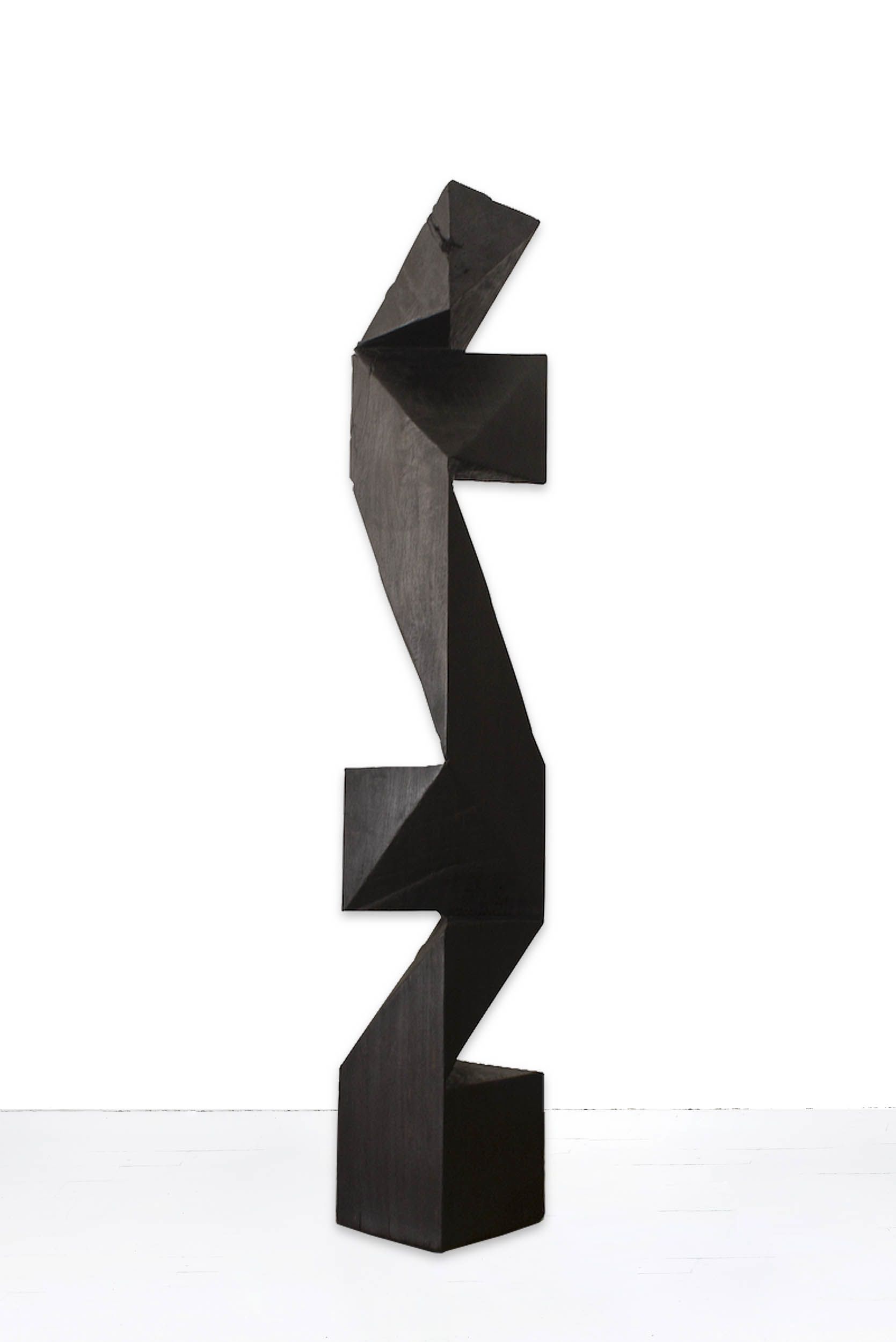 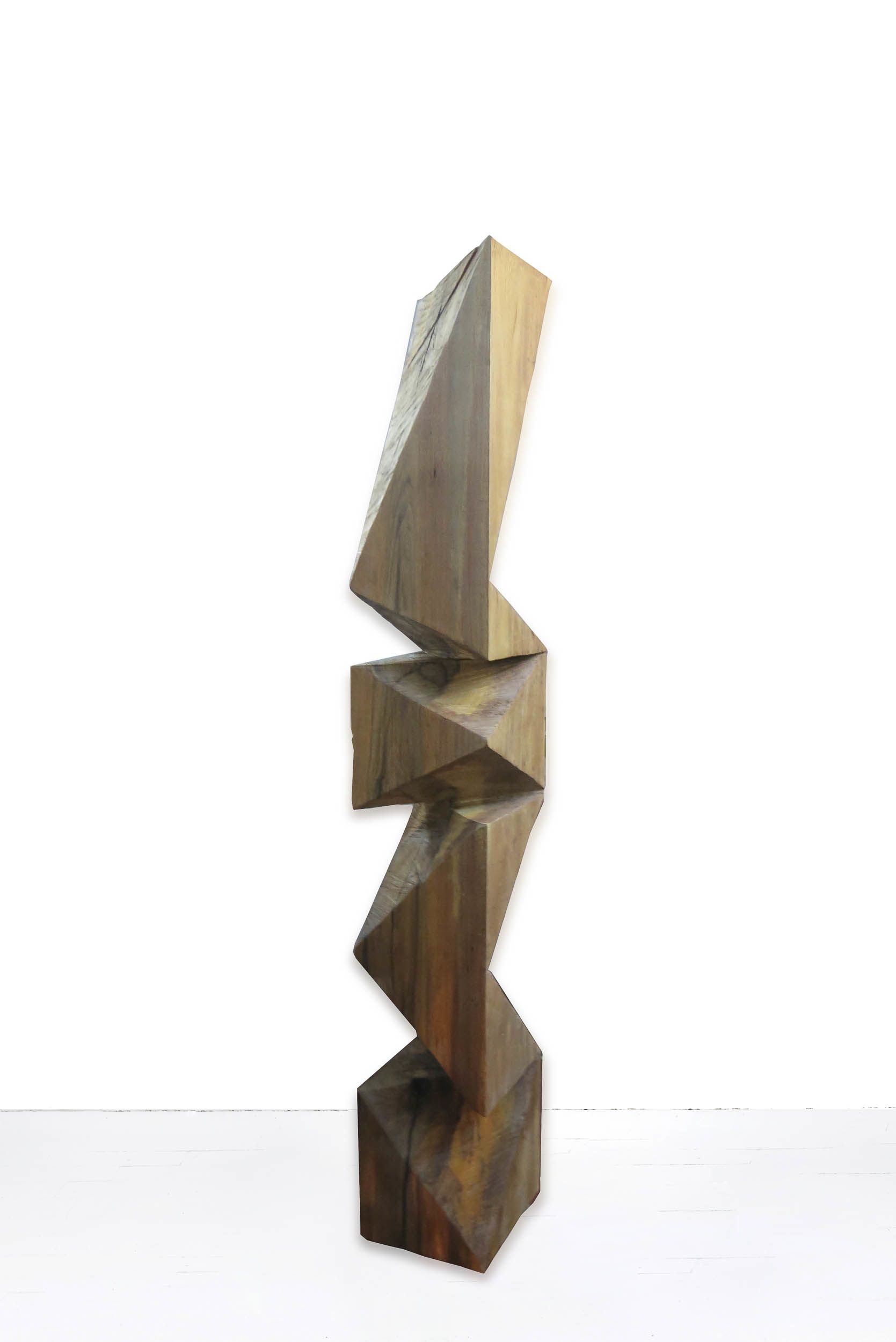 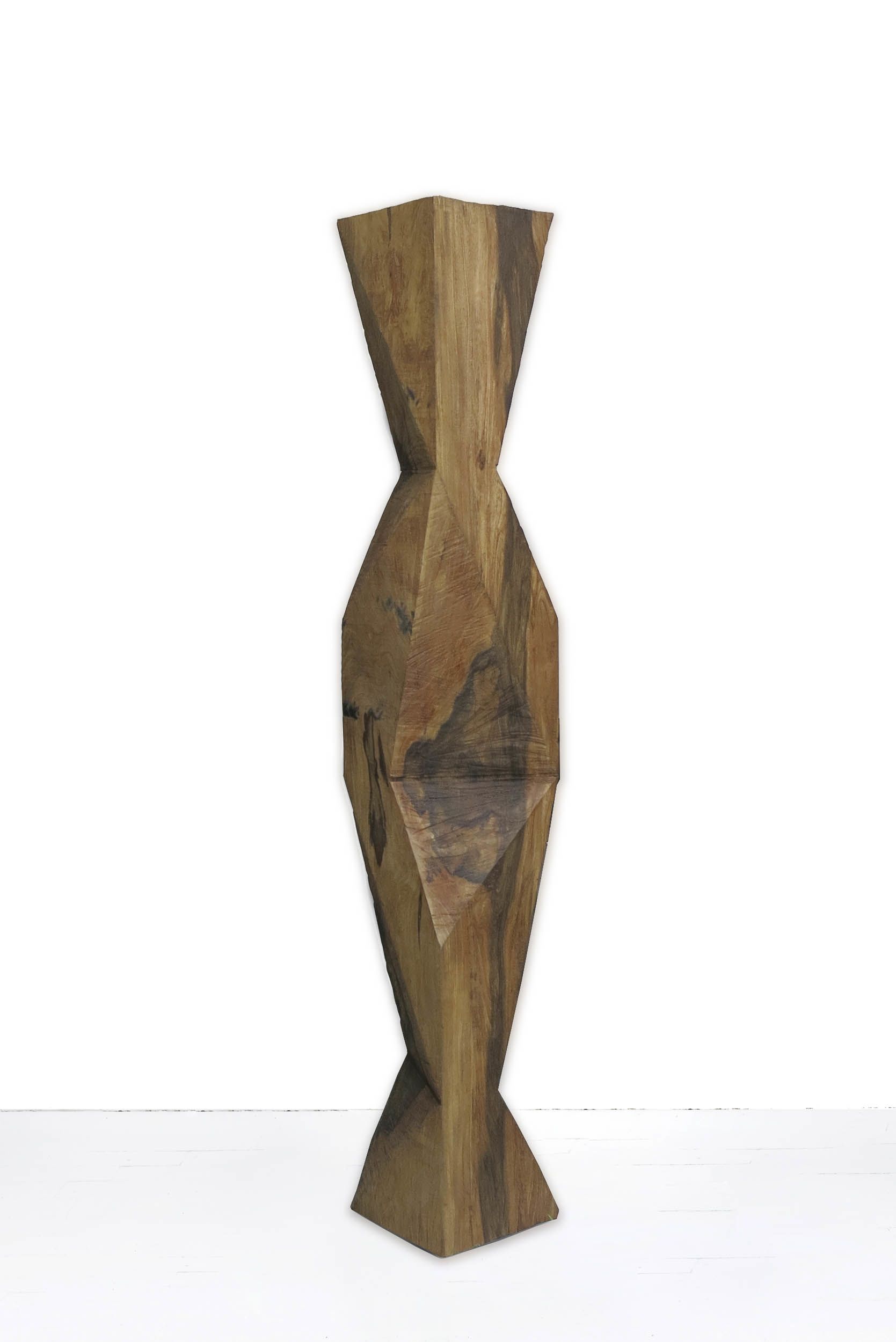 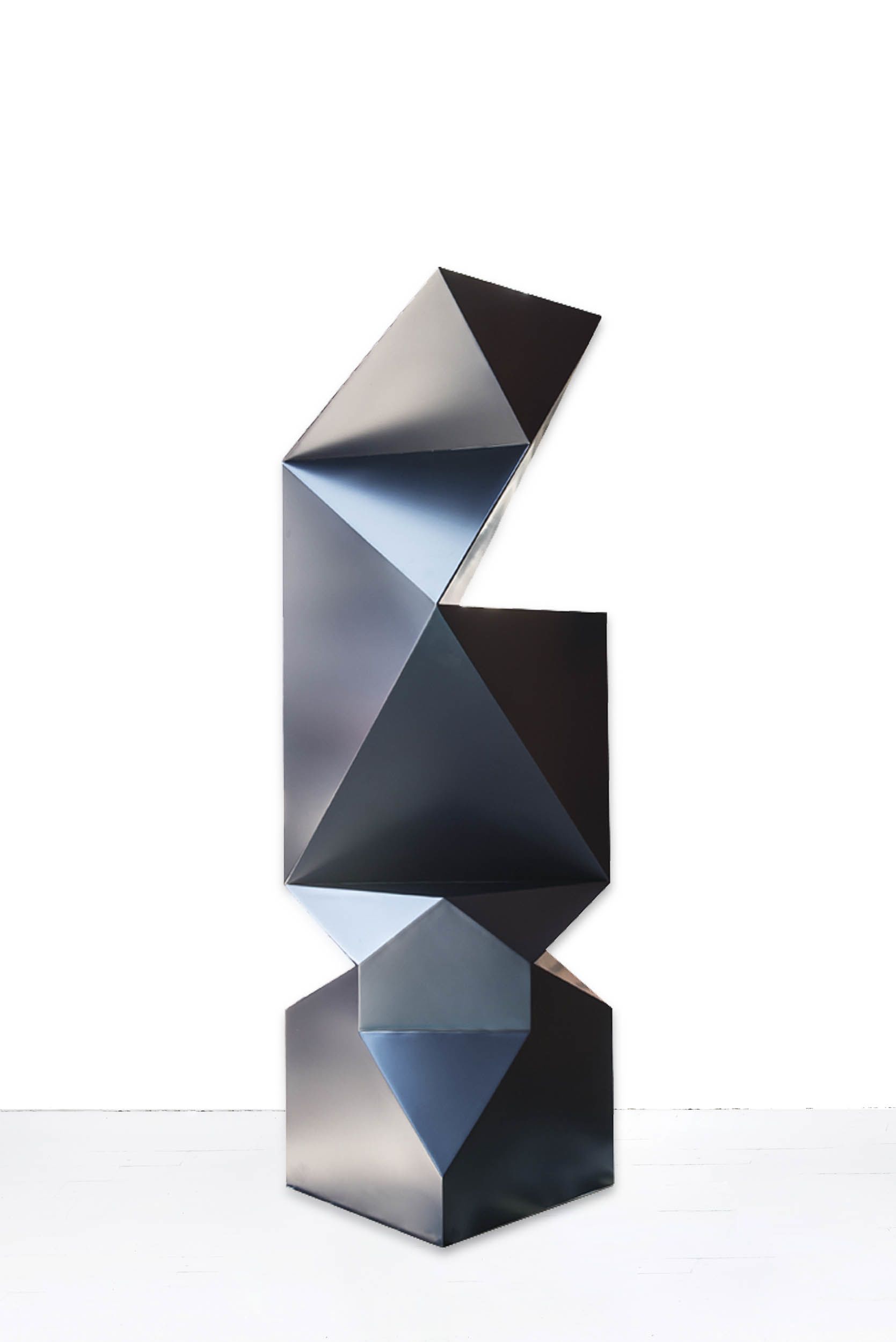 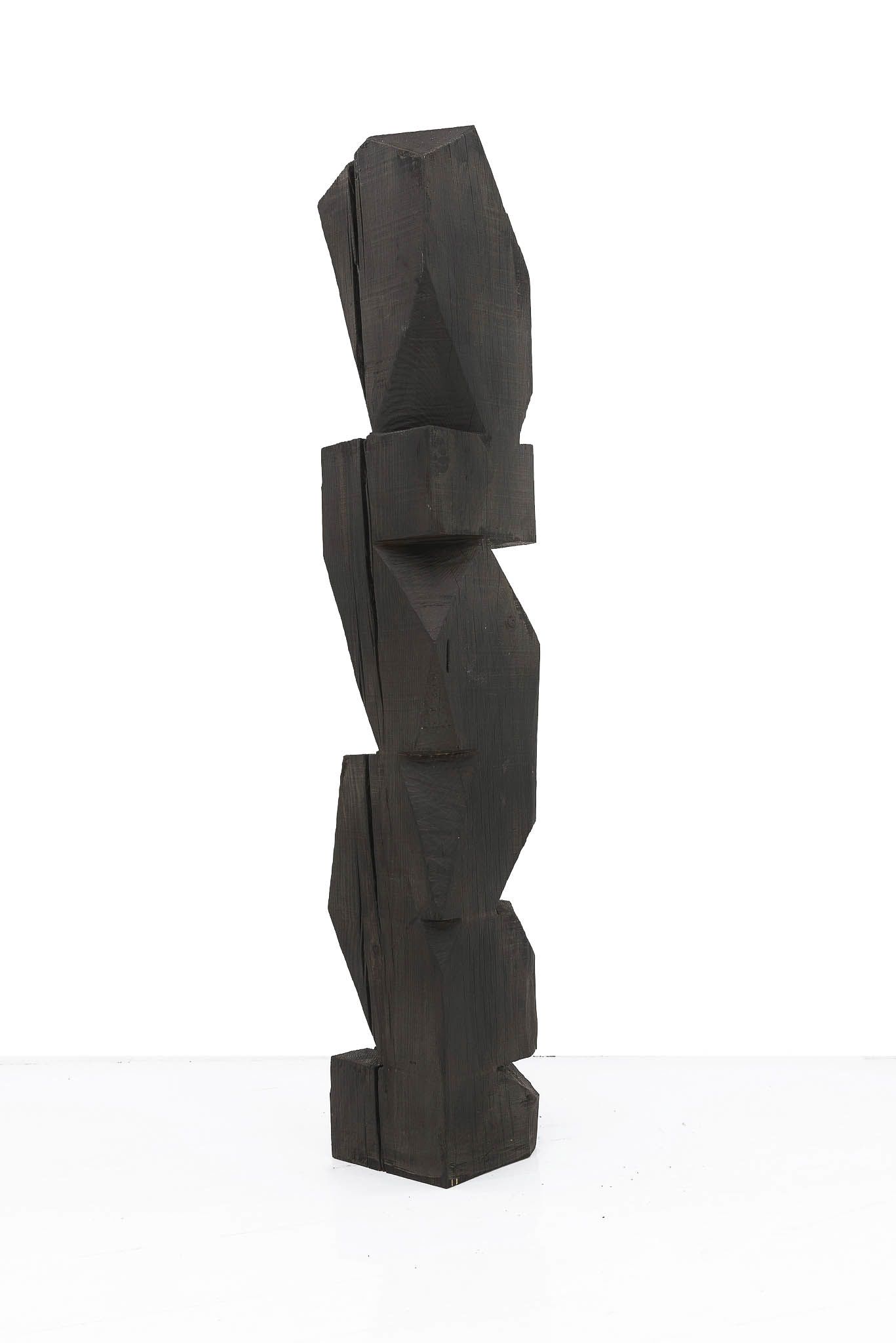 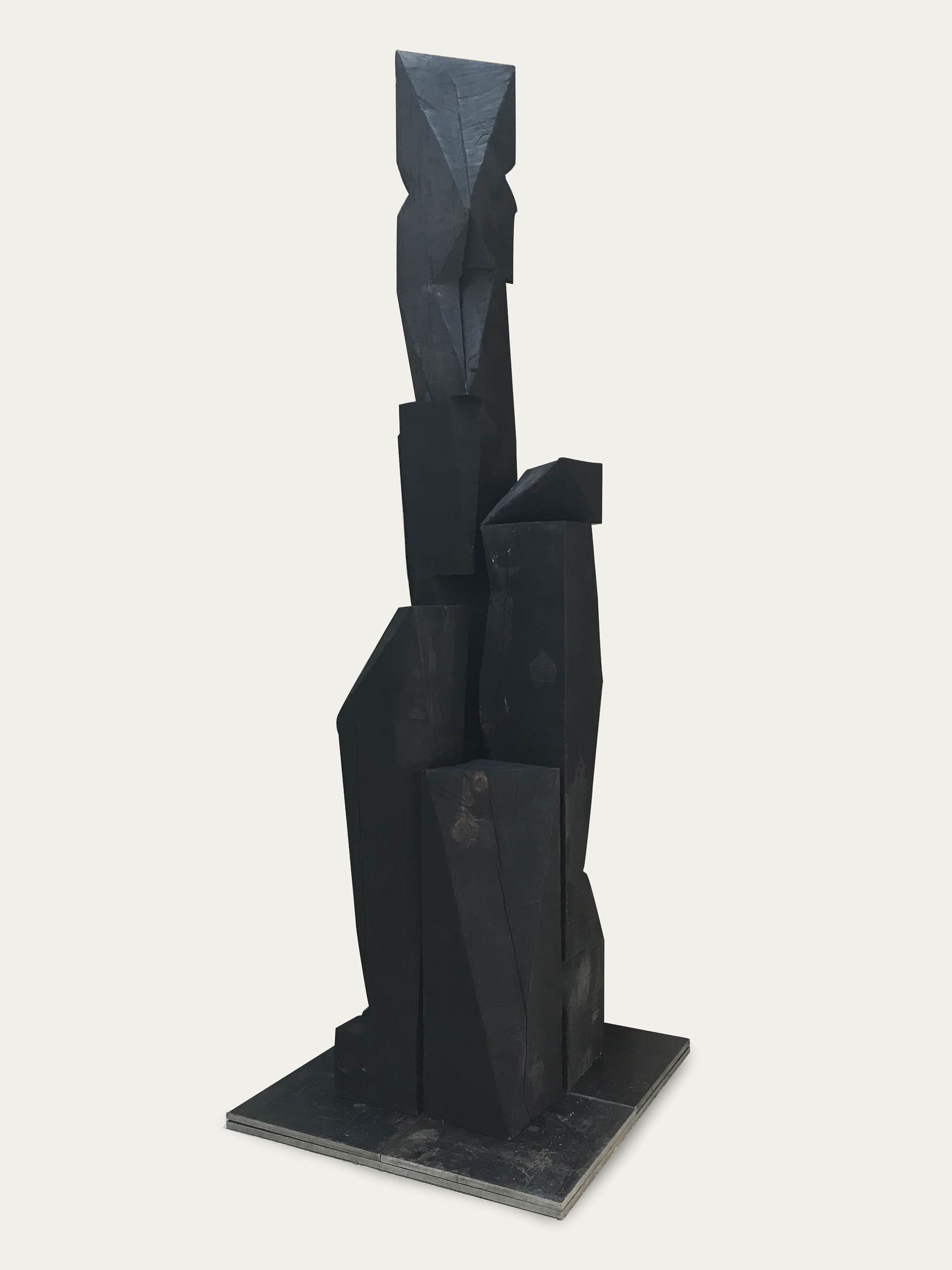 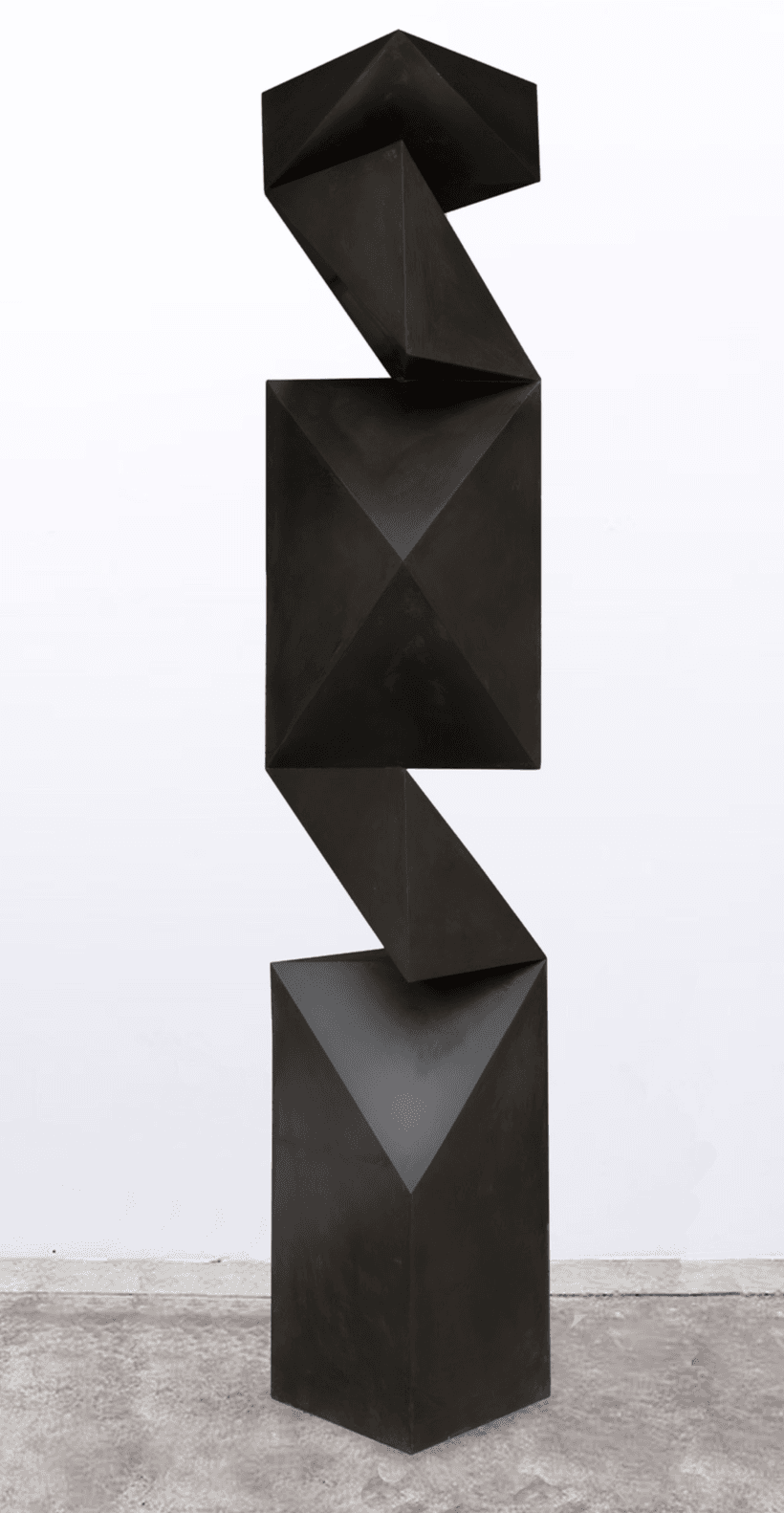 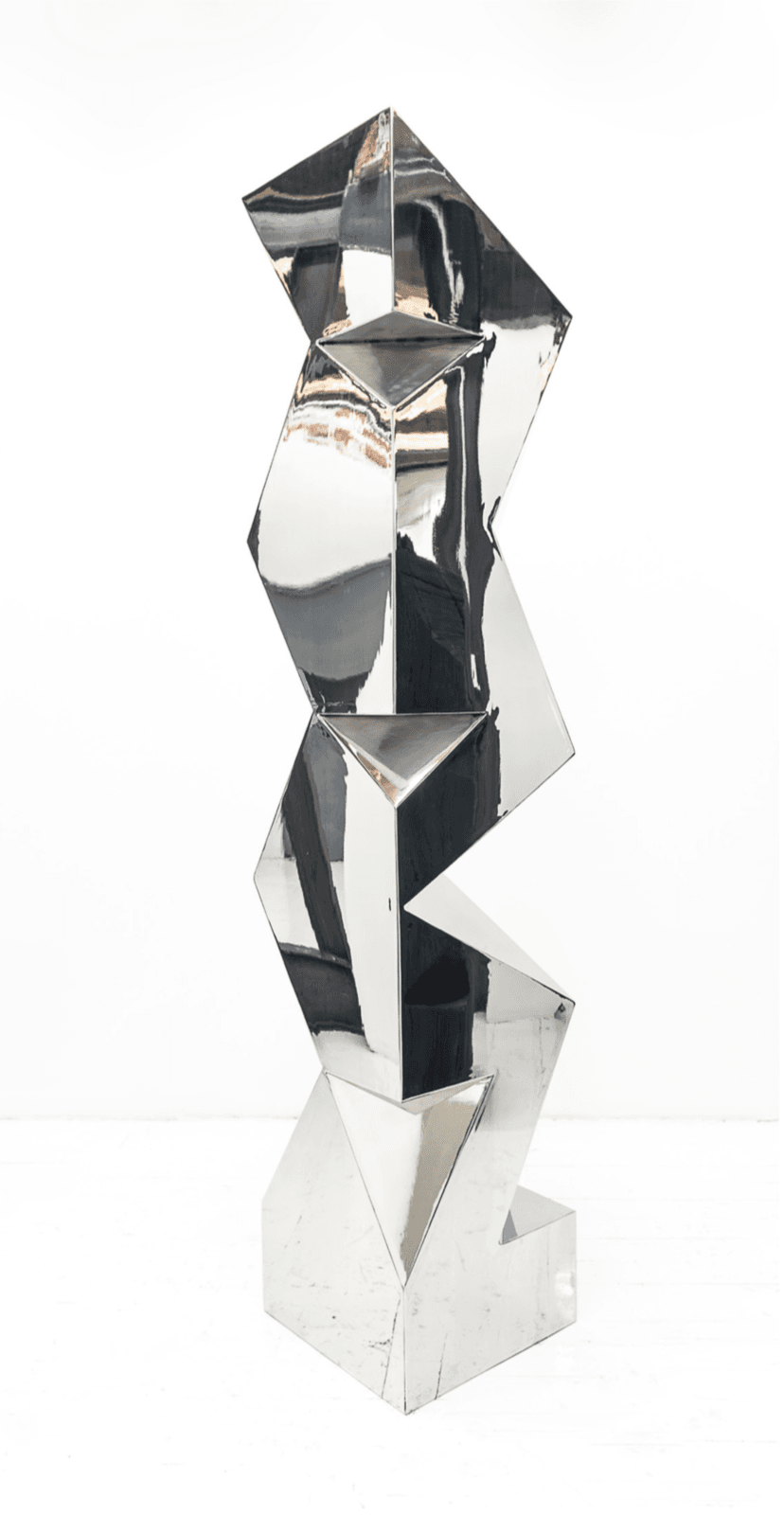 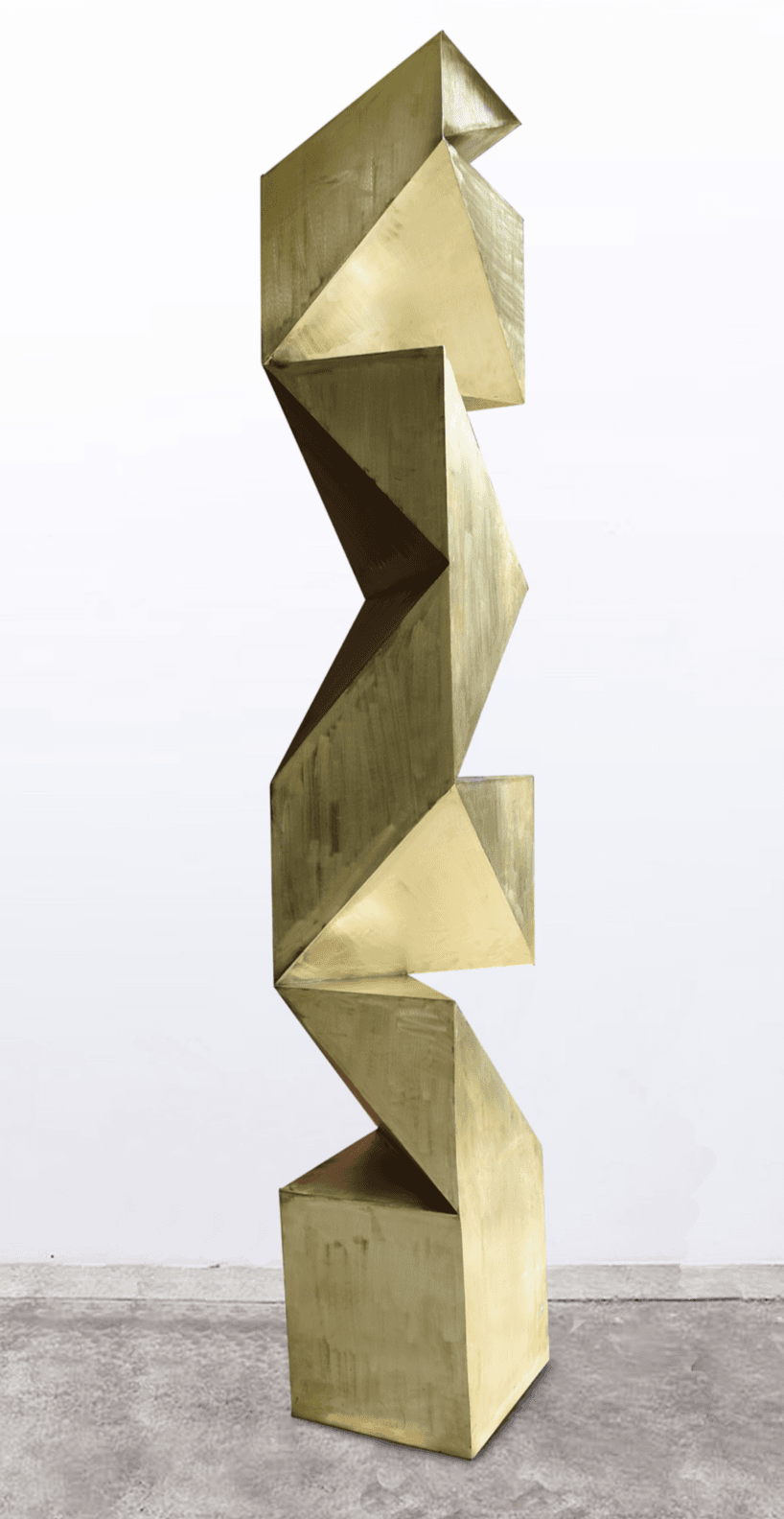 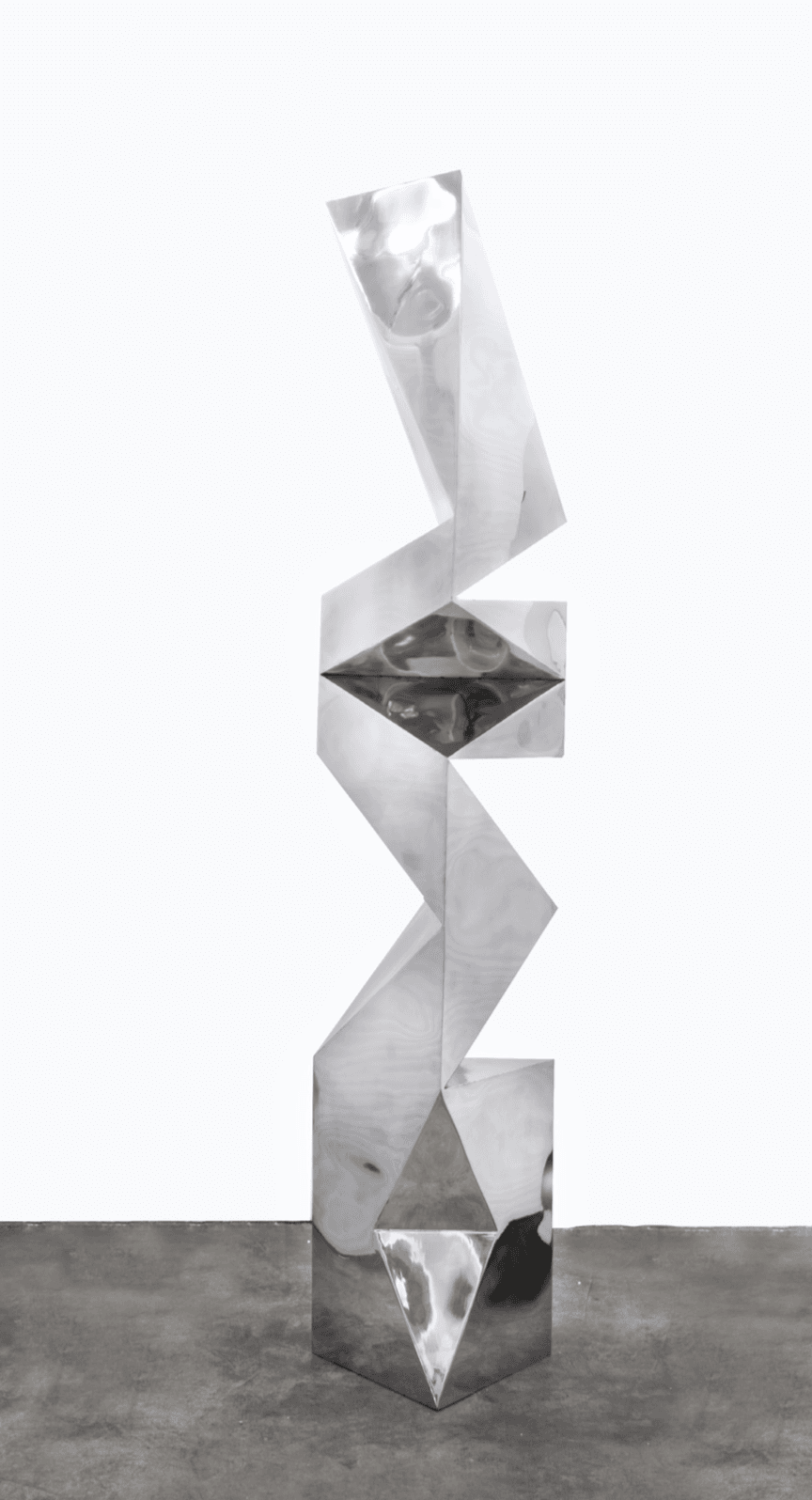 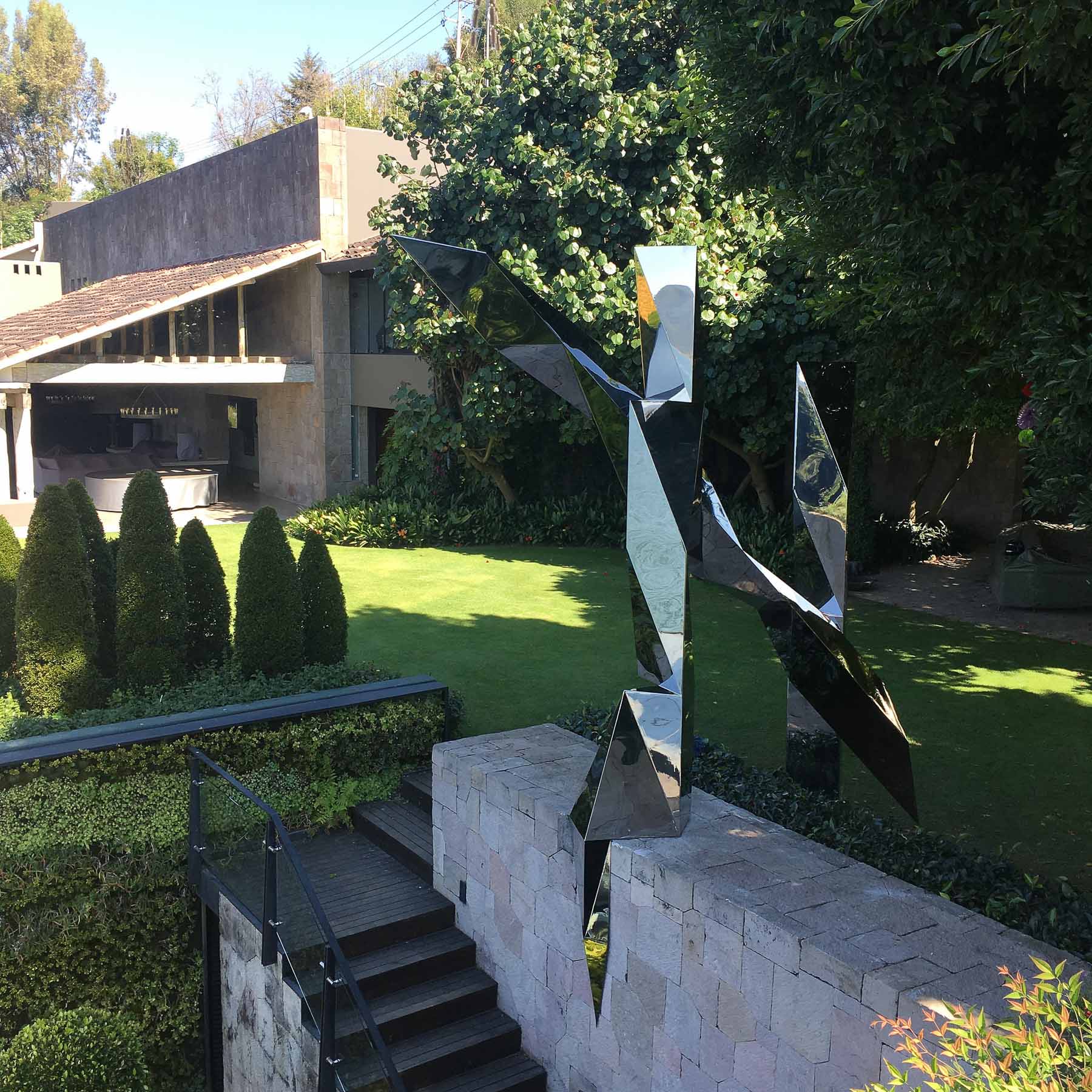 The concept of sumi-e in Zen stands for the great economy of mediums. This economy is necessary to express the purity and simplicity of the eternal nature of the subject. As the rest of his sculptures, Chaparro’s Totems aren’t trying to create the illusion of reality. He has abandoned true to life perspective, working with artificial space relations that makes us think not into reality, but into its essence. This act allows us to the idle space and moment of creation, in which get to know yourself until you construct yourself.

In his totem sculptures, the stability of the wood joist and steel plates is disguised as fragility, maintaining the eternal qualities of the materials, which for the artist are themselves a work of art. By using the simplest possible means, the inherent nature of the aesthetic object shifts. The subtraction of mater on his chainsawed wood joists, and also on his computer models, points towards the Zen ideas of negative space, and on how it defines objects in which its essence depends on their ability to hold or be completed.

This is why Chaparro’s work is leaded by a research on the connection established between the artist and his materials of choice as he reduces them to abstract forms. On this aesthetic, his works are the path to deep thoughts that exist just by occupying space, which give us the sensation of being suspended in time, just like the Noh theater of the Muromachi period.