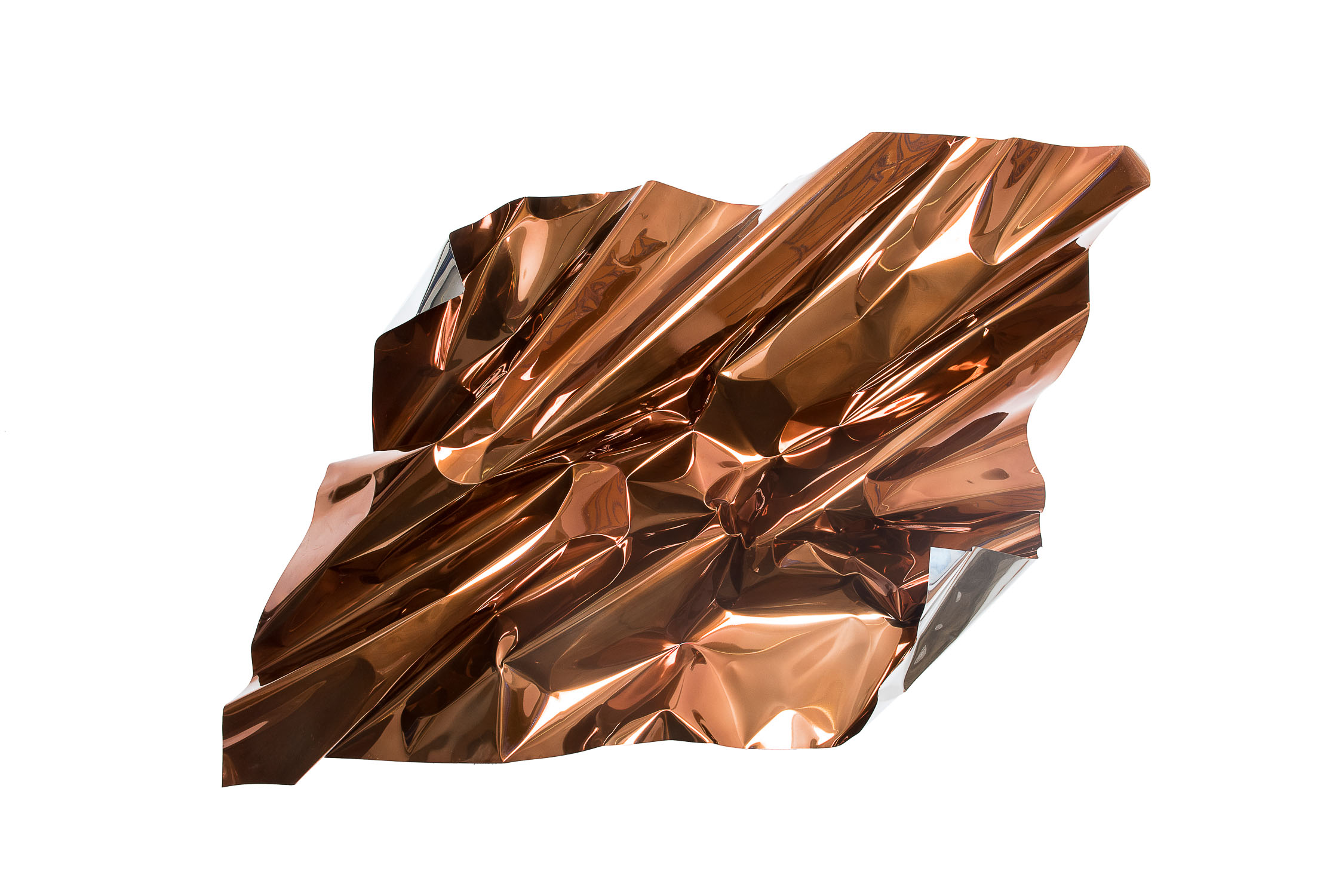 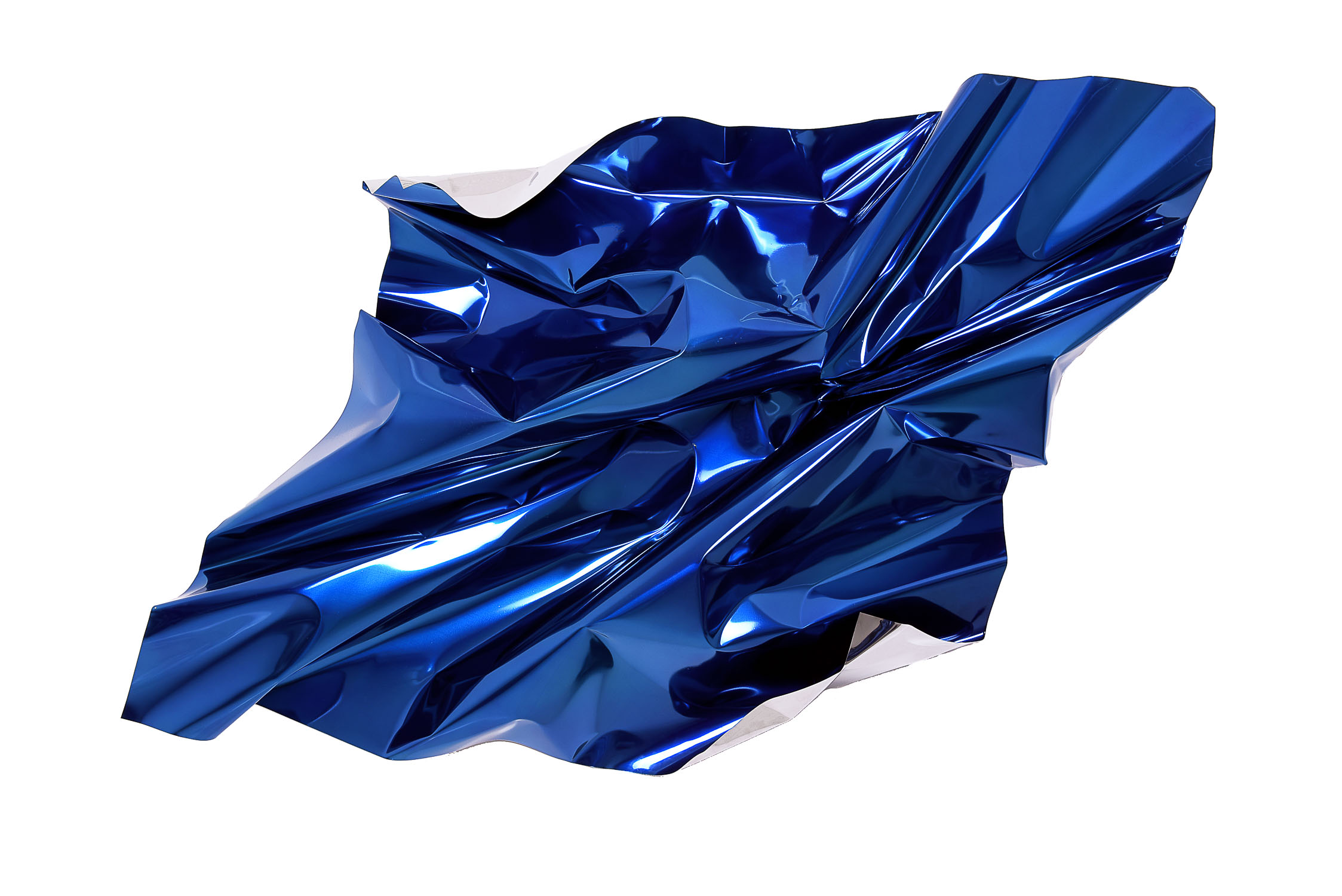 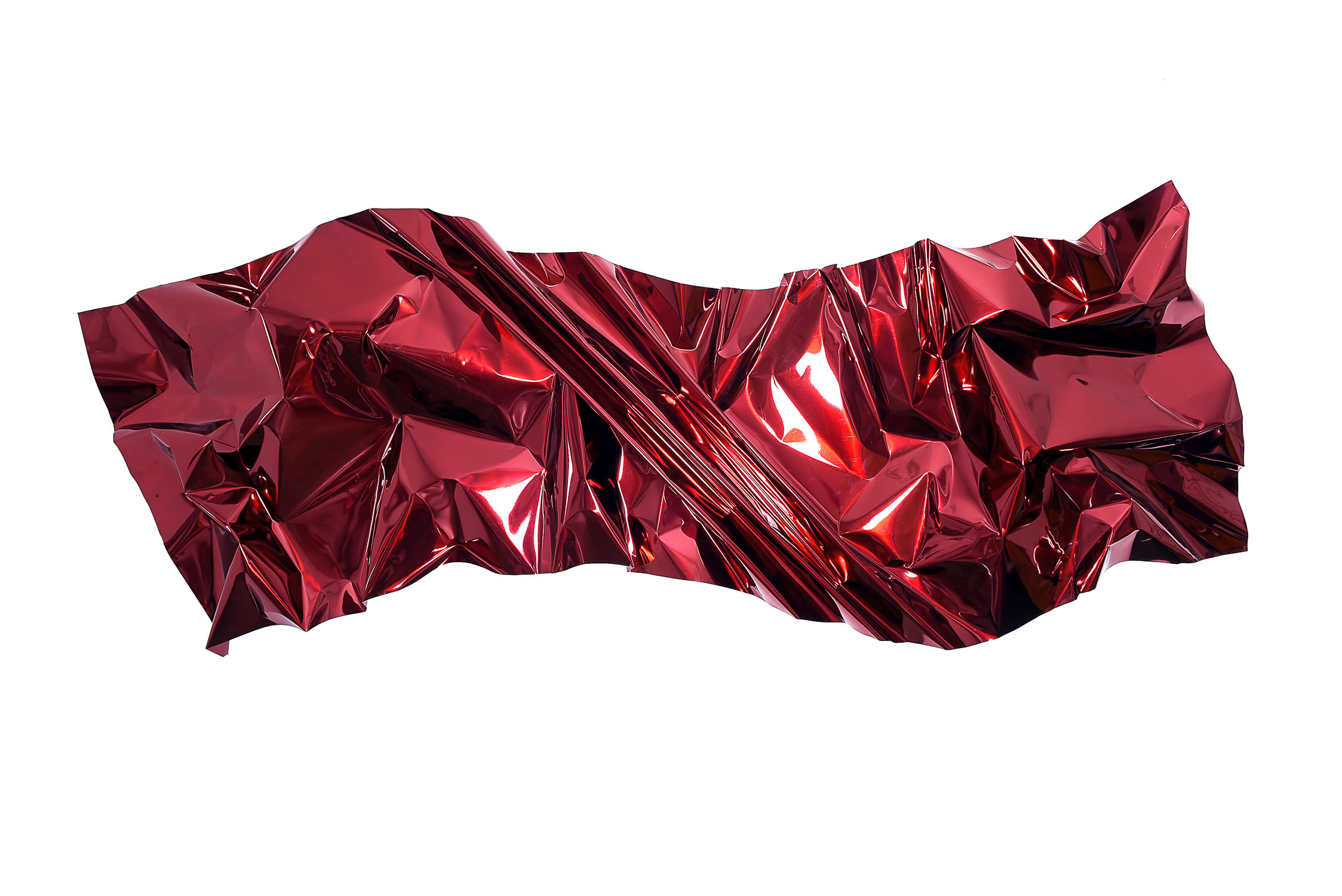 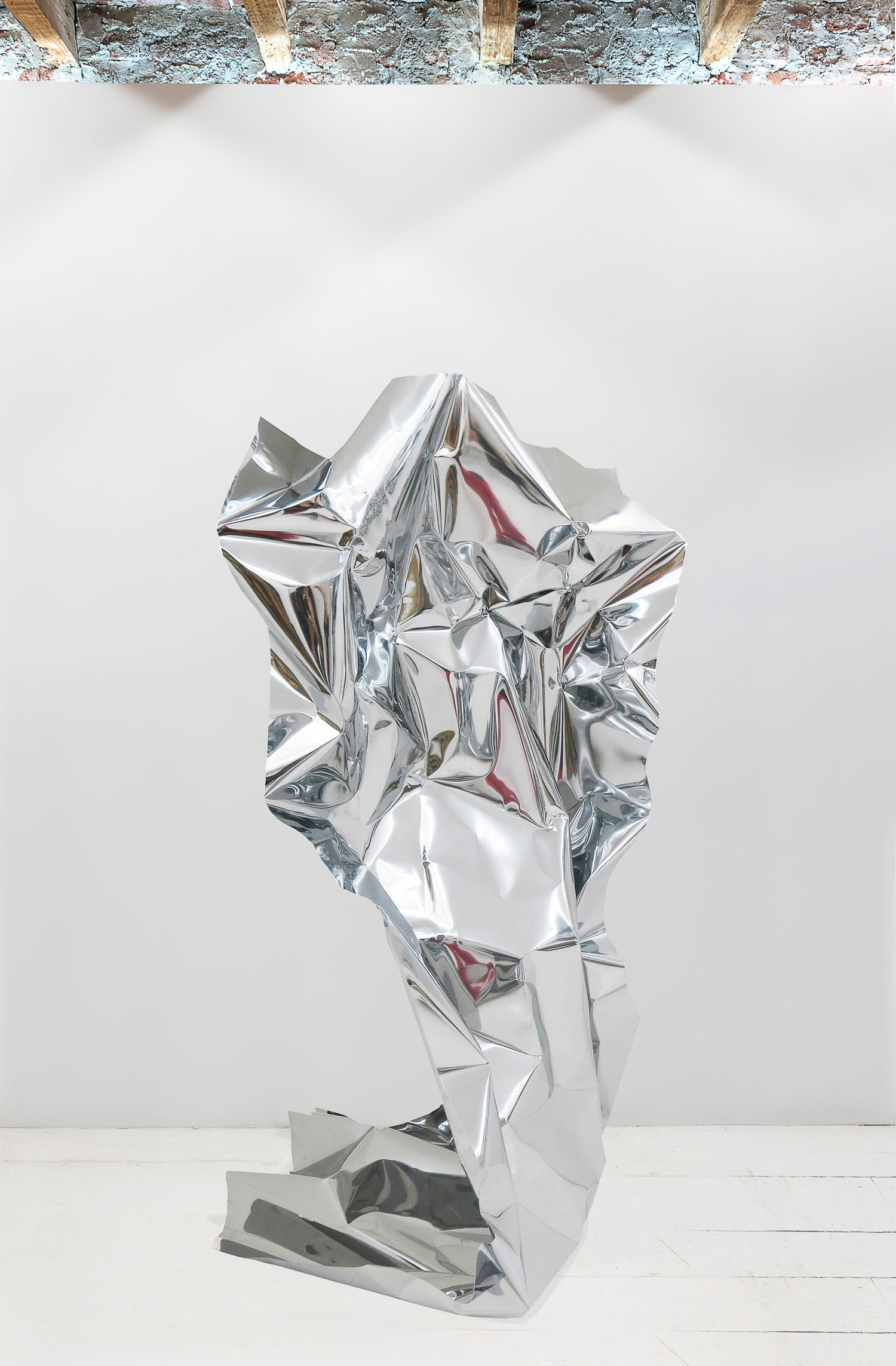 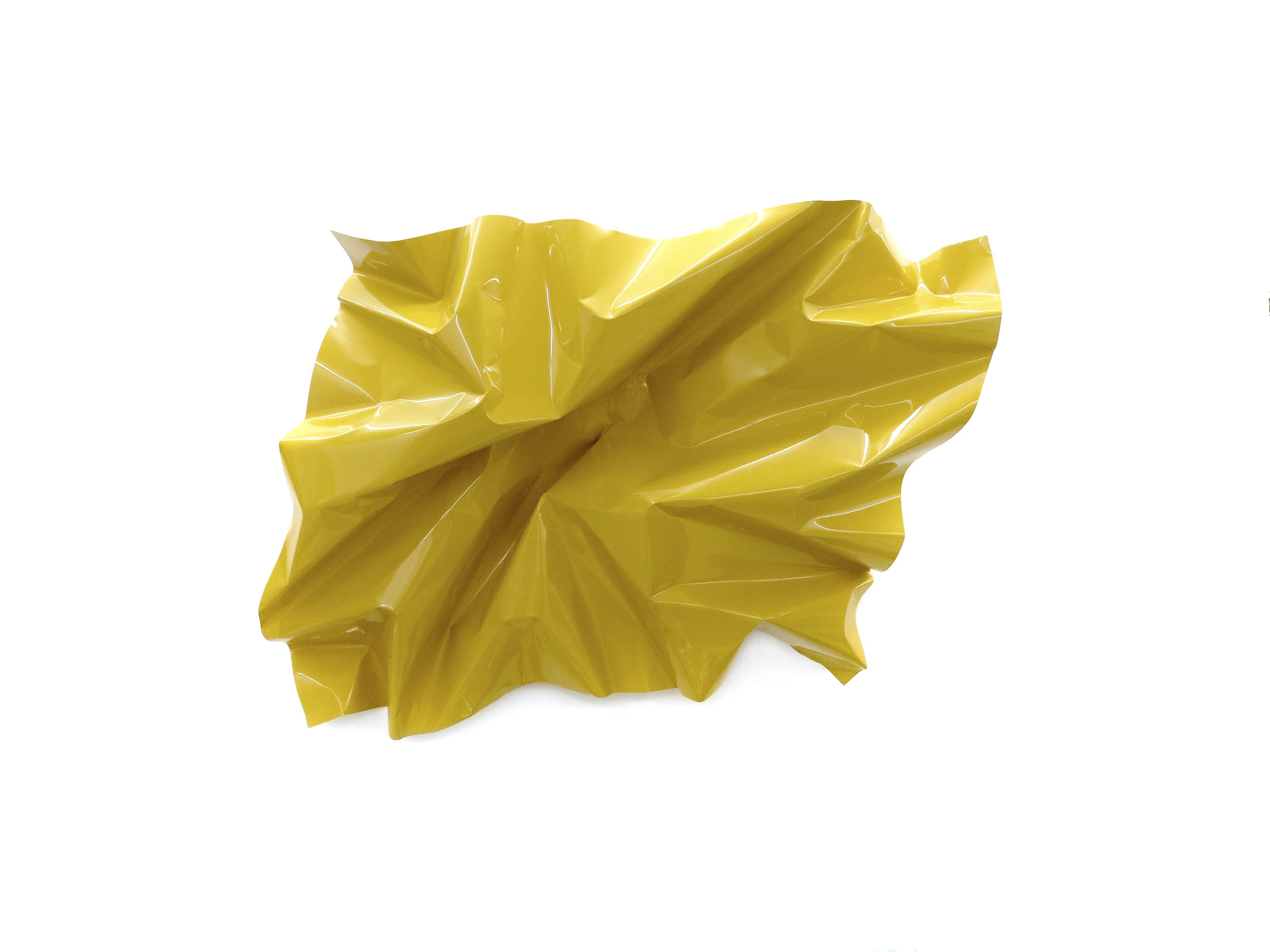 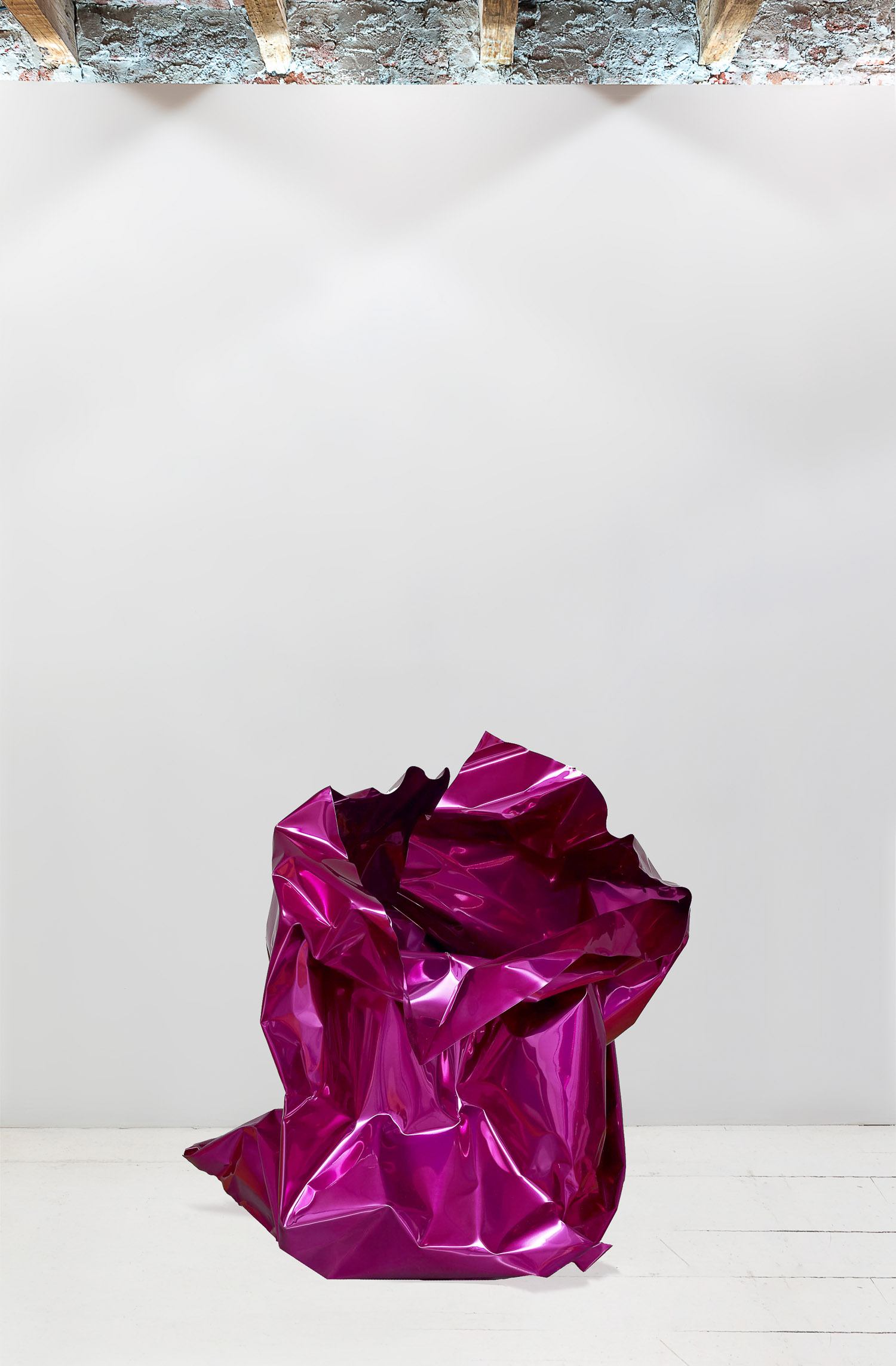 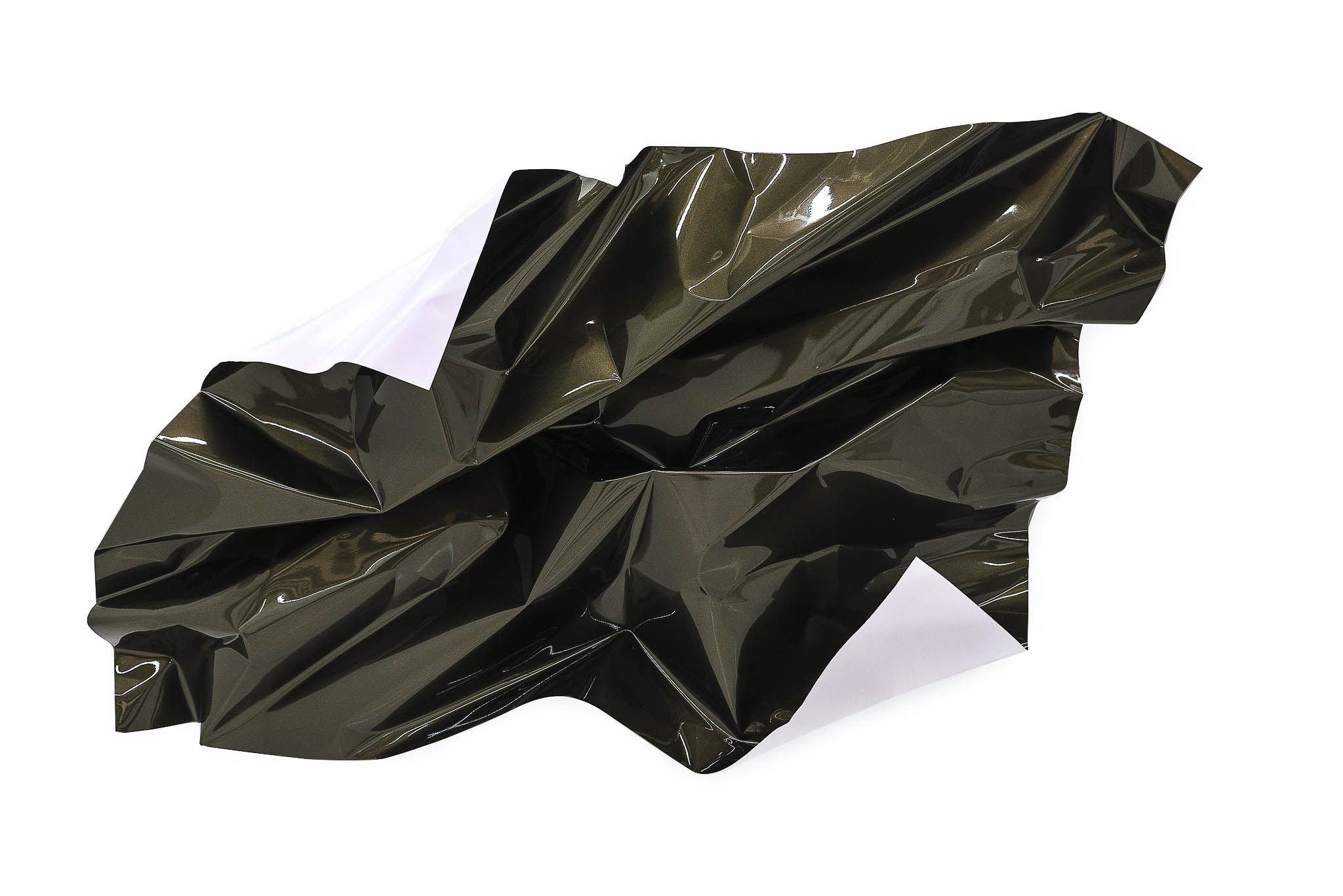 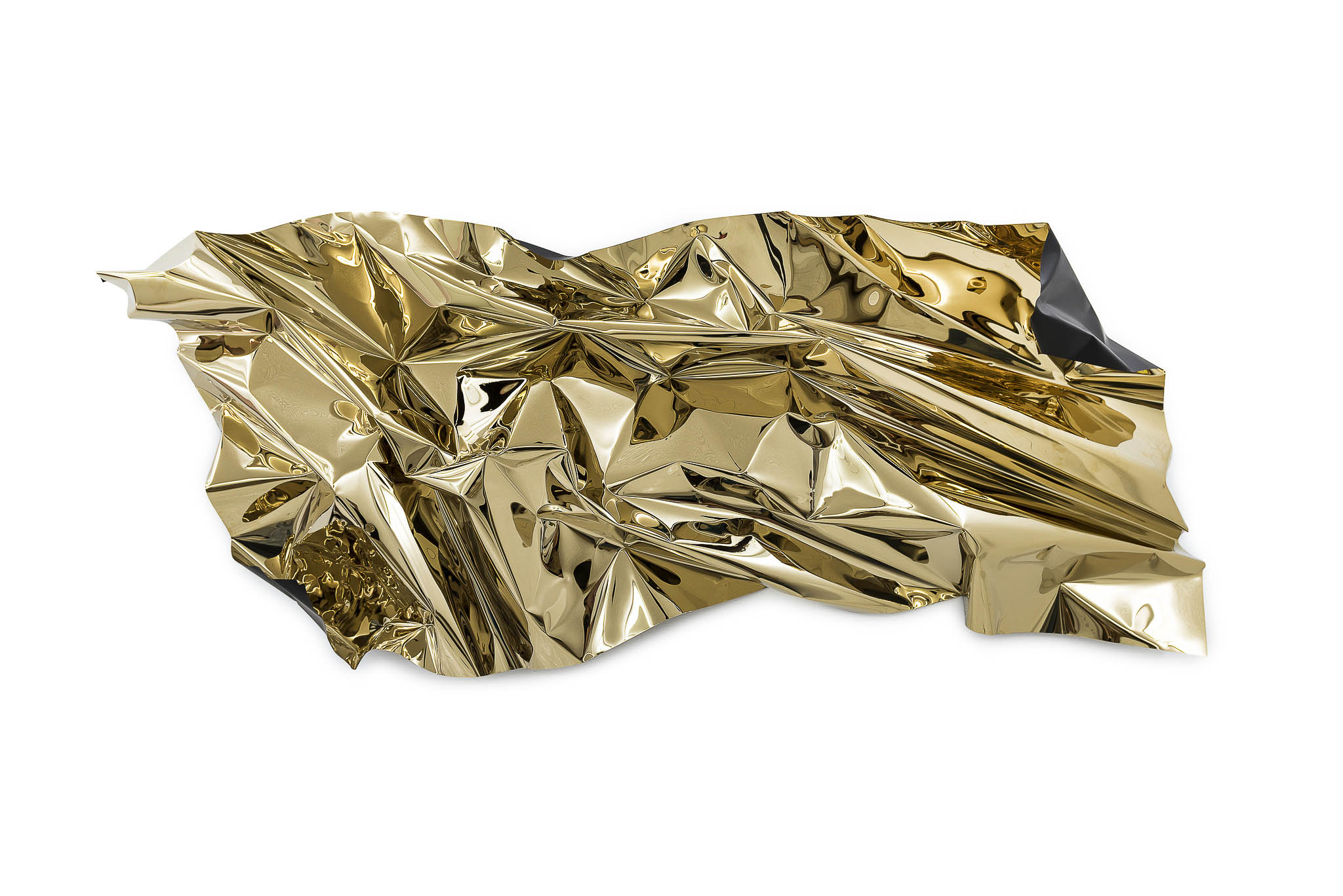 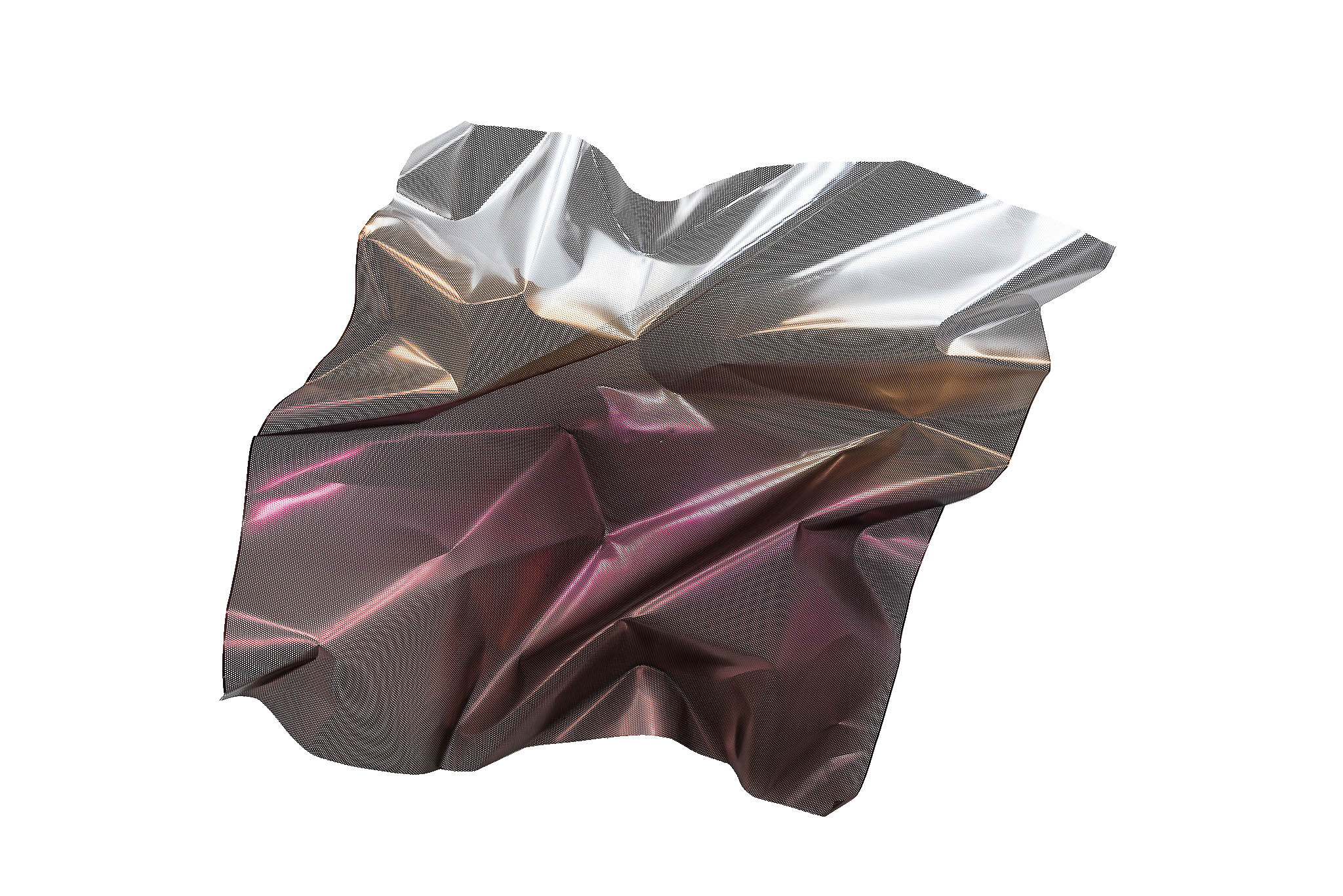 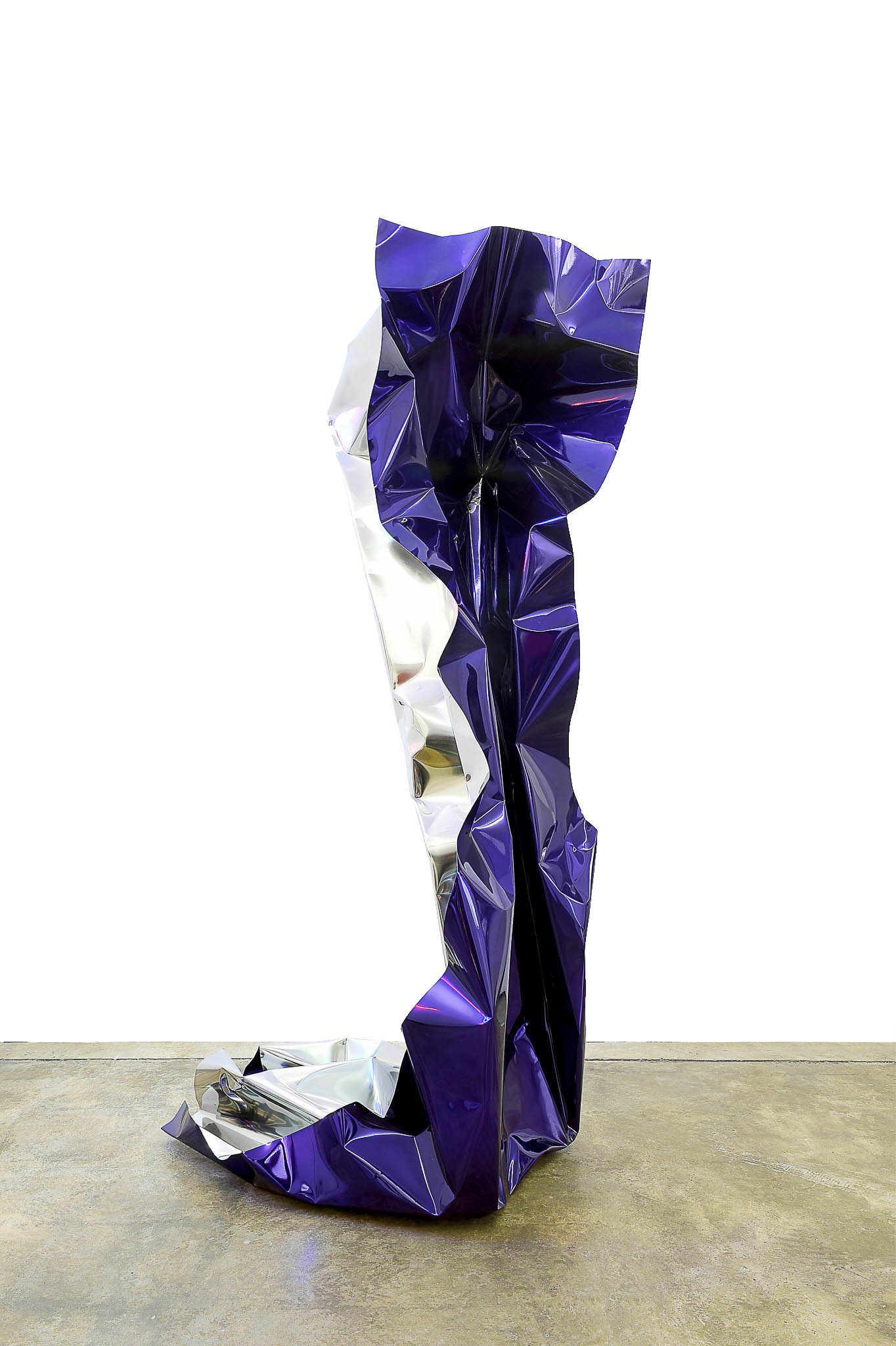 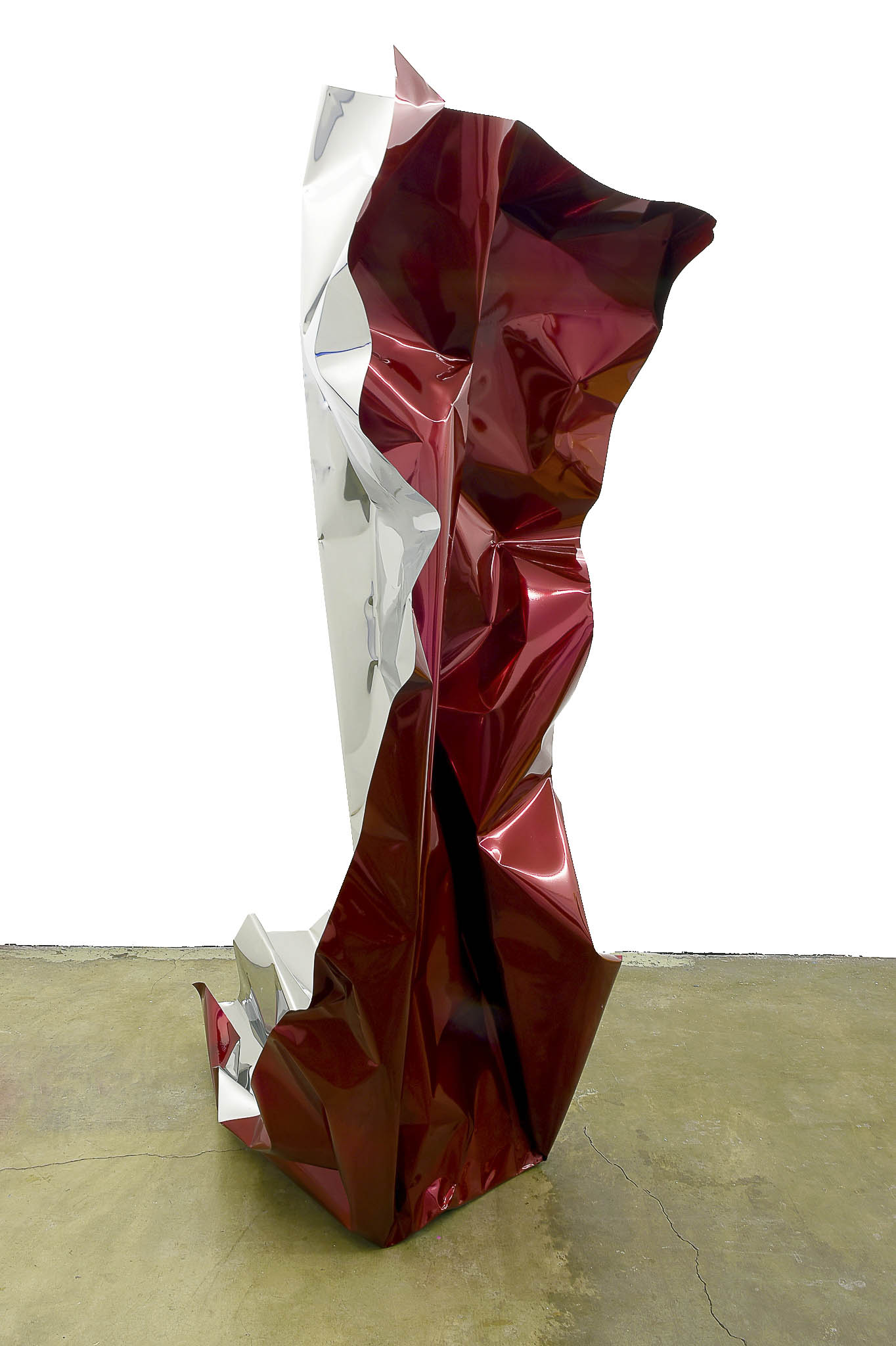 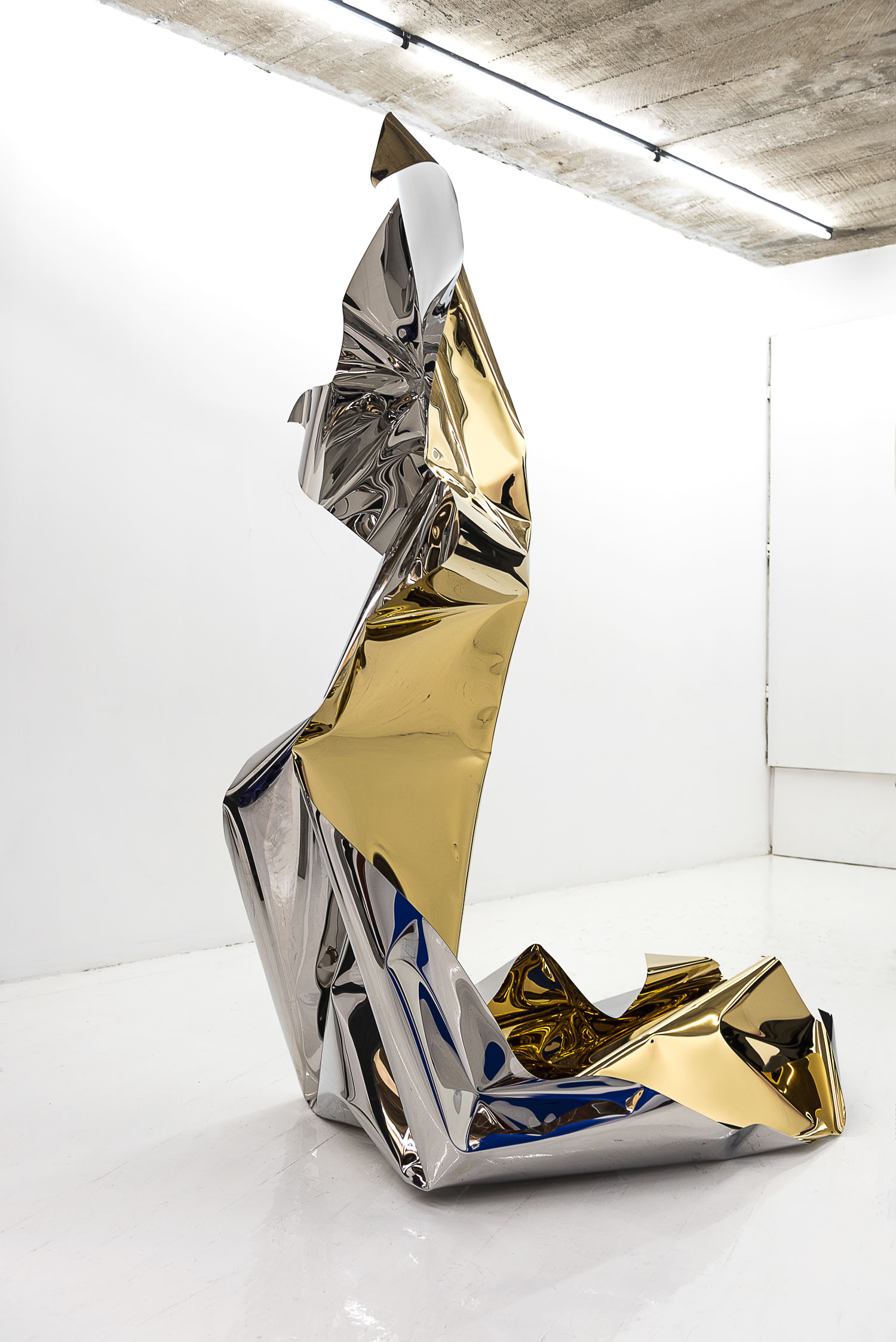 Aldo Chaparro’s sculptures made with bent steel are the result of his ongoing relationship with the material. Steel has been present in mankind since ancient times. However the steel sheets used by Chaparro are characteristic of the industrial era. Their slimness, neatness and their reflective quality can only be achieved through machines, and because of that, the sculptures’ violent nature creates great contrast with the nature of the sheets, as Chaparro kicks, bends, and jumps on them using nothing but his body and his own weight.

The objects resulting of his confrontation with the material are the evidence, that on the same way criminalistics allow the reconstruction of a crime, portray the process that transformed the material into an artistic object. In this way, his bent steels can be interpreted as self-portraits as they capture the energy released by Chaparro on a specific date and time.

As the mirroring accuracy on the steel sheets distorts itself, the sculptures function as goggles that allow us to experience reality on a parallel way. The mirror is then the transit from auto-erotism to the viewer’s self-contemplation. They trigger our sense of exploration so sight can transform into knowledge using the sculptures’ surface as its theater. The eyes triumph over the sense of touch. The sculptures create reflections (on both senses) on several and very different ways. By their reflecting power, they transform the body in an alternate and untouchable version of ourselves.