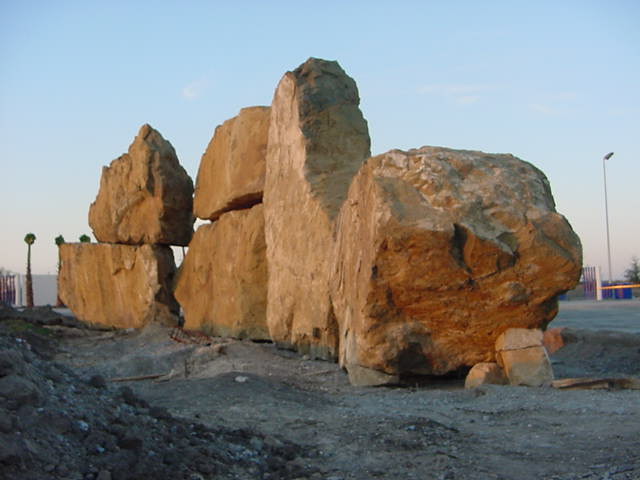 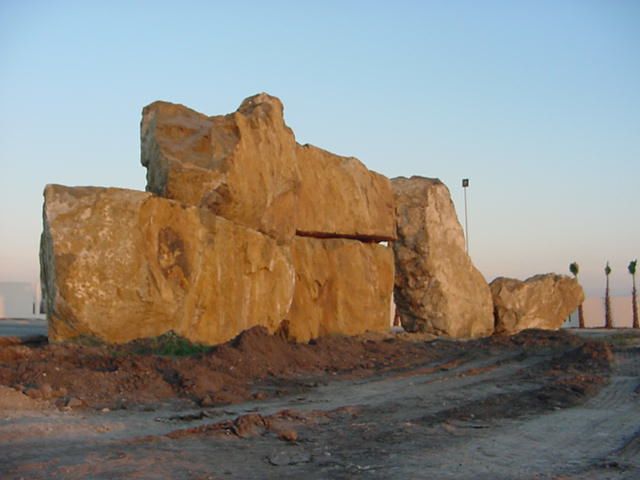 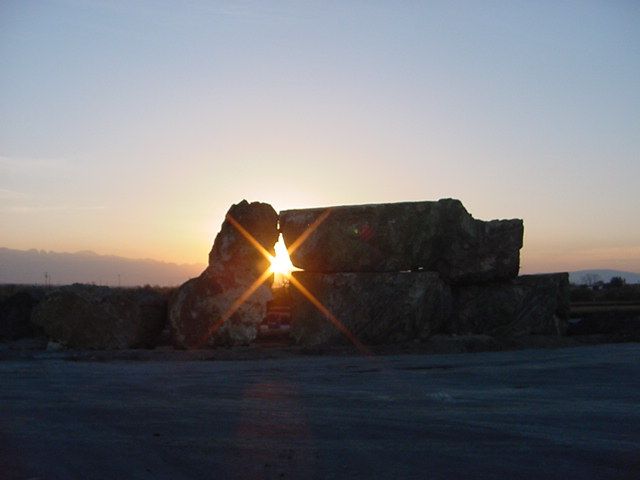 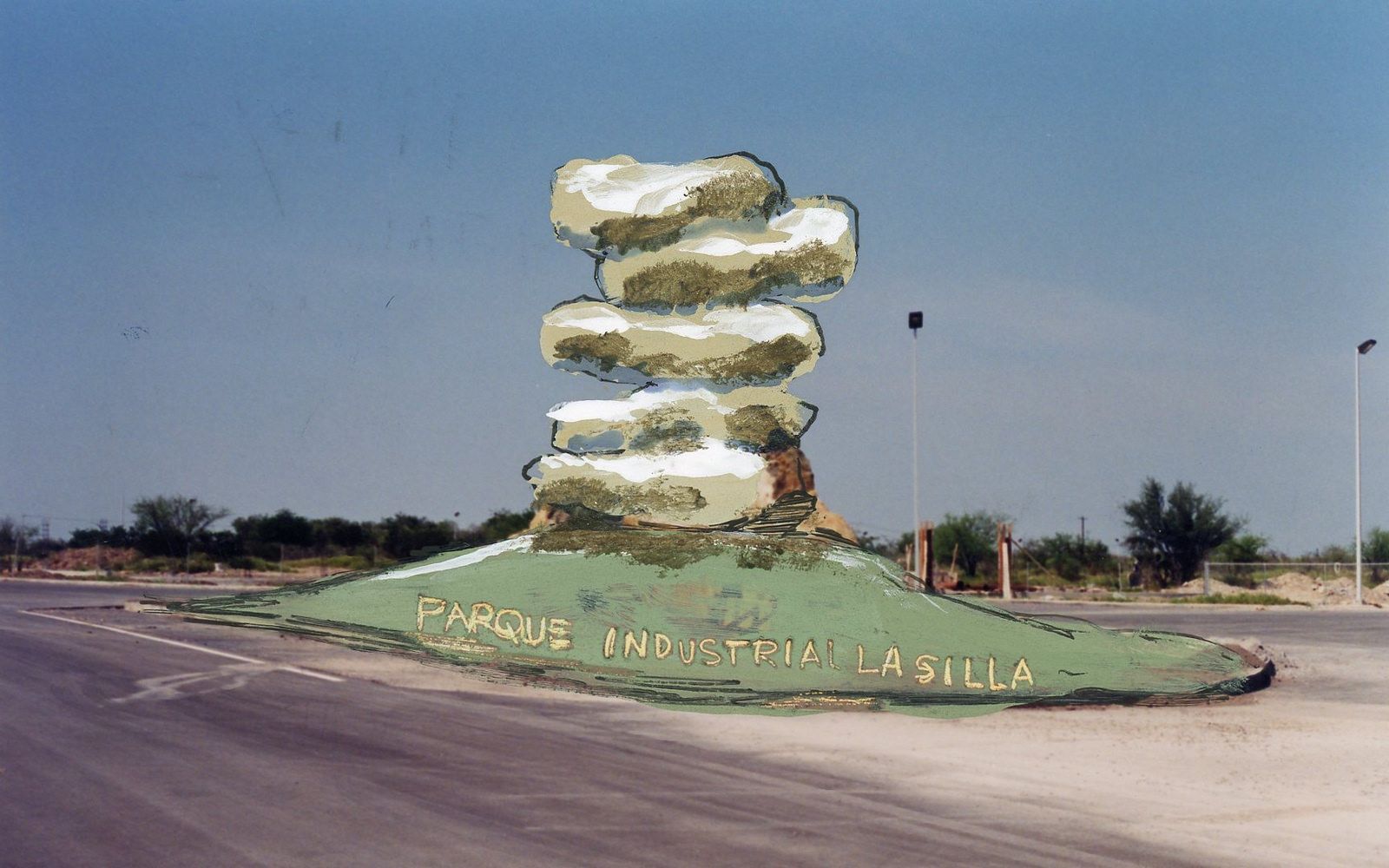 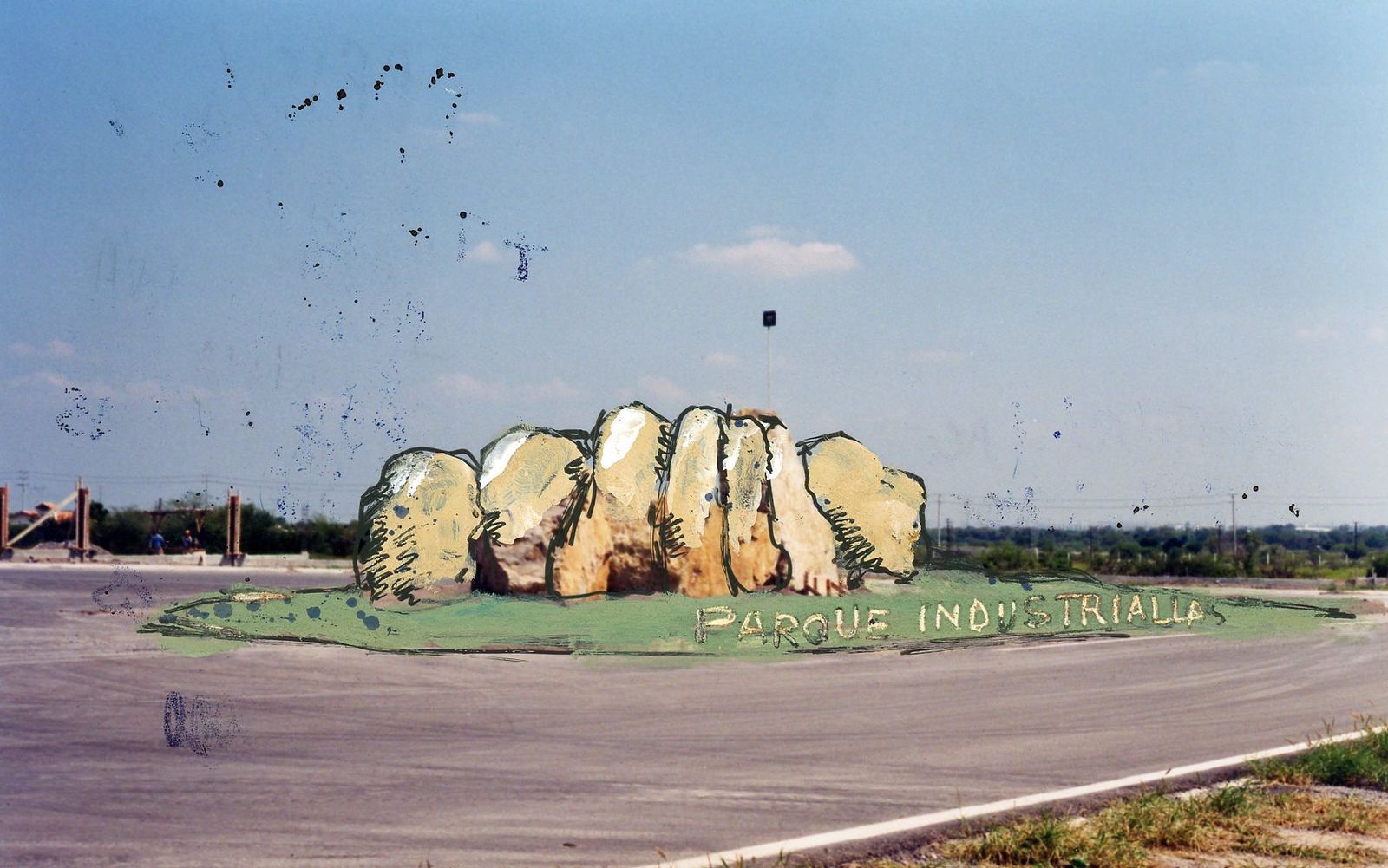 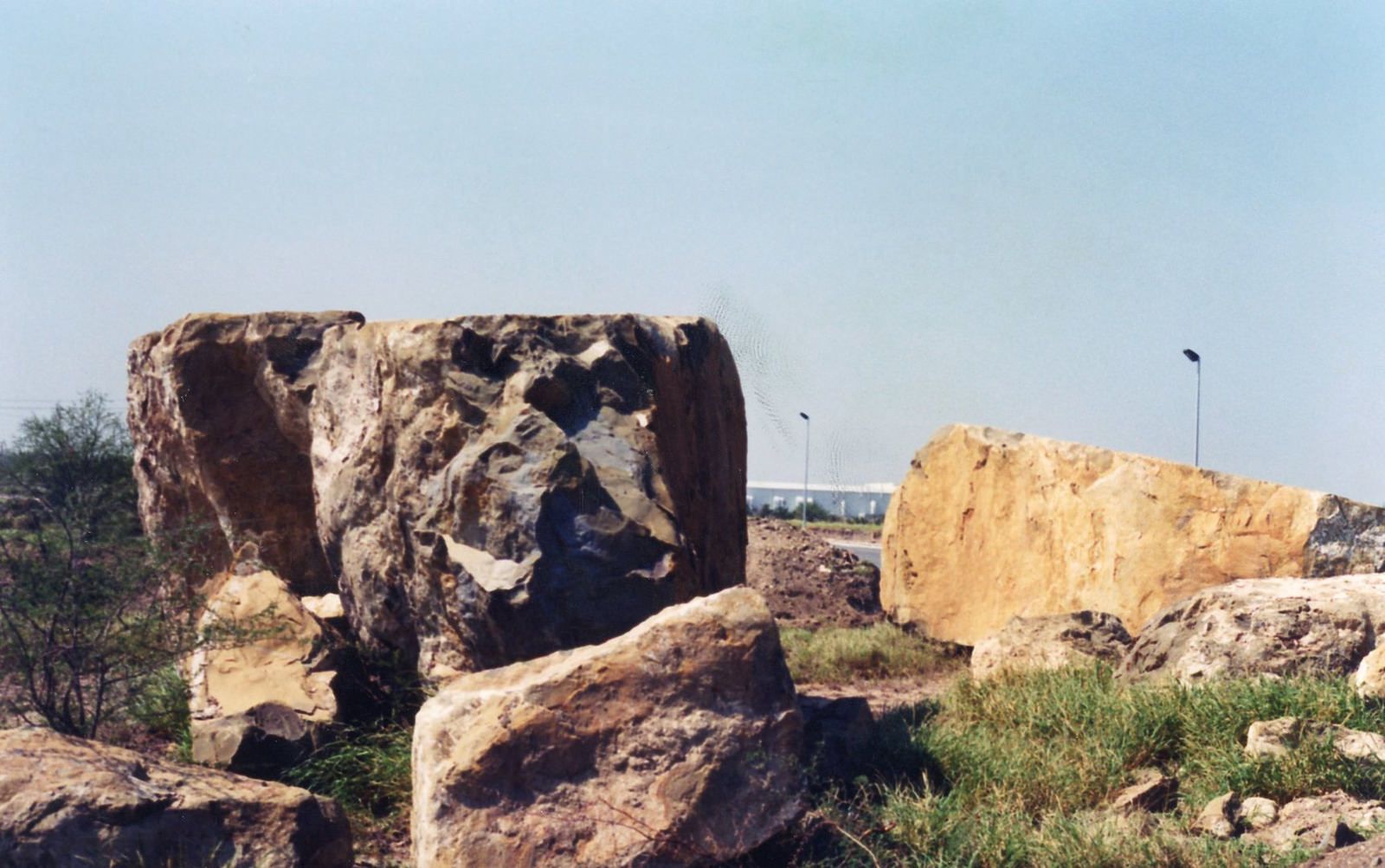 “The architects of a new  industrial park near the airport in Monterrey (Parque Industrial la Silla) requested that I design a sculpture for the entrance to the park. On my first visit I saw some gigantic rocks being removed. They were in the way of building the foundations. The rocks were humongous and the removal work fascinating. Two bulldozer arms and three platforms seduced me immediately and, rather than wanting to use the rocks, what  I really craved was an opportunity to orchestrate all this machinery at once, so my proposal to them was to use the rocks to make some kind of giant curved wall which would greet people at the entrance of the park. It was hard work, but in a few days we managed two rock levels, a sort of Stonehenge or Sacsauhuaman.”